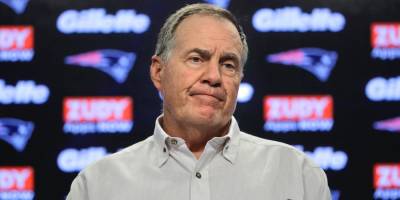 Is Bill Belichick the best coach in NFL history. If your answer is anything but “I don’t know,” you’re wrong.

How the hell does Buck know whether Belichick is a better coach today than George Halas or Curly Lambeau were in the 1920s?  Does Don Shula not merit some consideration?  What about Bill Walsh?  How about Paul Brown and Tom Landry?  The only reasonable argument is that Belichick is the best of his generation, but best of all time is a senselessly definite statement.

This morning on ESPN’s Get Up I heard Tom Brady called the greatest quarterback of all time.

Yikes.  Every time I hear this level of hyperbole I roll my eyes and hang my head.  Buck and the Get Up crew indulged in ridiculous and unprovable statements of current day superiority over those who worked generations ago.

The most popular of these academic arguments is LeBron versus Michael.  They never played against each other and the style of play in the NBA has changed completely since Jordan retired.  How the hell can anyone project the kind of player Jordan would be today – or whether James would be as great in the 1990s.  For that matter, how can Jordan be compared to Wilt Chamberlain or Oscar Robertson?

These debates are inane.  All of them.  And we need to stop having them.  They are a crutch for talk radio and TV hosts during slow months to fill time with ear candy.  Even at bars where fans are prone to crazy conversations five hours into a bender, the argument over whether Barry Bonds is baseball’s best ever hitter is codswallop.  (Full disclosure – I looked up “nonsense” in the thesaurus and “codswallop” was my favorite of the synonyms – I have never heard that word used in a conversation or read it in a book).

There might be 10 people left alive who saw Ty Cobb swing a bat as a member of the Tigers or A’s.  A man would be nearly 90 to have seen Babe Ruth play for the Boston Braves during his final season in 1935.

Sure, we can all look at stats in any sport and make a case, but sports are about more than what can gleaned by studying stats.  Look at Yadier Molina.  His career stat line is relatively pedestrian – .282 batting average, .738 OPS, 156 home runs – but if you don’t believe he belongs in the Baseball Hall of Fame, you know nothing about baseball.

Is Molina a top five all-time catcher?  Oh no, I’m not baiting myself into the same conversation I’m demanding others avoid.

I would prefer those who engage in the silliness I decry would restrict themselves to talking about who their favorites are, rather than blathering about bests.  Like this:

I could go on, but then you would just argue with me, and that is what I’m trying to stop.