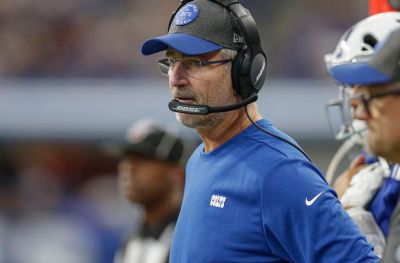 Frank Reich is a good coach, but if forced to scheme against the New England Patriots in an AFC Championship game, his brain will melt.

Visions of a 2019 championship are dancing in the heads of Colts fans after another narrow victory.  They need to slow their roll.

The Colts are 5-2, but are no better than middle of the pack when you dig into the numbers just a little bit.  The clearest indication of the Colts mediocrity is in their +7 point differential.  I wasn’t a math major, but a +7 after seven games means the Colts have outscored their opponents by an average of one point.

Part of the 5-2 can be attributed to Frank Reich making the right calls late in games.  Adam Vinatieri being trusted to make the game-winning 51-yard field goal yesterday is a great example.  Reich stayed conservative instead of trying to get Vinatieri closer, the kick was made, and the Colts celebrated.  If the kick sails wide, Reich screwed up.  He didn’t, so the Colts are 5-2.

Here are some stats to back up my thoughts about the Colts mediocrity:

I could go on, but you get the idea.  Colts nestle right in the middle in almost every stat minus their record.

Despite yesterday’s 10 sloppy penalties for 103 yards, the Colts one area of significant advantage is in penalties against (66-43) and yards awarded as a result (570-347).  That doesn’t seem like a lot, but 31.9 yards per game when all else is equal is a hell of an advantage.

The key to the Colts success is not beating themselves.  Penalties and turnovers are killers in a league where talent is mostly equivalent.  The defense is young and the key to winning with that youth is to not expose them in high leverage situations.  Because the Colts control the ball and are stingy with turnovers, the team survives week after week.

This team is just a sliver less flawed than its competition, and continuing to win at a 71% clip given their level of play is impossible to maintain.

In the AFC South, that means the Colts are a coin flip to win the division crown.  Every team in the AFC South is at .500 or better and all have a positive point differential.  They are good, not great – just like the Colts.

The great teams are in the NFC – minus one.  The Saints, Packers and 49ers are playing great football. Unfortunately, the New England Patriots are the best team in the NFL, and it’s not even close.  They play defense at a level we have never seen.

Yesterday, the Patriots forced three Browns turnovers on three consecutive plays, and have forced an outrageous 25 for the season.

I’m not trying to be a kill joy, but in an AFC with the New England Patriots who are playing dominating football, the Colts simply don’t measure up as an opponent.

The Patriots point differential after eight games is +189 – that’s an average ass-whuppin’ of 23.6 points per game – and they have allowed only 61 points.  As a comparative, the 1985 Bears allowed 198 points and the 2000 Ravens surrendered only 165.  If the Pats stay on their current pace, offenses will score 43 points less than that historically great Ravens unit.

Again, not trying to douse your enthusiasm – just steering it toward more reasonable waters.

AFC South Championship?  Sure.  Super Bowl?  Not yet.