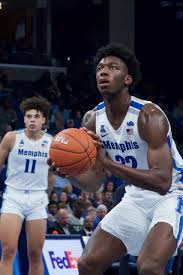 James Wiseman finally came to the correct conclusion that suing the NCAA was not in his best interest (or that of the University of Memphis), so he dropped the lawsuit that allowed him to play last Friday against UIC and against Oregon on Tuesday night.

He sued because the NCAA declared him ineligible as the result of an $11,500 loan from Memphis coach Penny Hardaway to his mom which funded the family relocation from Nashville to Memphis.

The move allowed Wiseman to play for Hardaway at Memphis East High School.  Hardaway was not the coach at the University of Memphis at the time, but he is viewed by the NCAA as a booster so the loan is viewed as an impermissible benefit under NCAA rules.

Suing the NCAA was unwise for a couple of very good reasons:

The NCAA enacted the Restitution Rule in 1975 to curb trips to courtrooms to argue the validity of its eligibility findings.  The penalty for playing while ineligible as the result of a temporary restraining order can include a bunch of bad stuff including a postseason ban for the university.

The other reason to drop the lawsuit is that during depositions and a trial, witnesses like Wiseman’s mom and coach would testify under oath.  It’s one thing to lie to NCAA investigators; it’s another to lie under oath in a legal proceeding.  I promise you Hardaway has no interest in committing perjury to cover up the recruiting methodology he used to secure the nation’s top recruiting class.

Most of the time, responding to a perceived injustice by shouting, “I’ll sue!” is a lot more fun that pulling the trigger and filing.

Whether the NCAA will pursue the remedies provided by the Restitution Rule, no one knows.  I would assume the university has been in contact with the NCAA and discussed lessened consequences should Wiseman drop his suit and sit for as long as the NCAA mandates.

Wiseman is a short-timer in Memphis as long as he stays healthy, according to scouts who insist he would be the #1 overall pick in the 2020 NBA Draft if it were held today.  The shame of the whole sordid affair, though, is that Wiseman is the one person penalized while being the one person is it that gained nothing from the transaction that prompted it.  The guy who’s gained the most – Hardaway – is beyond penalty in the mess he caused because he was a high school coach at the time he wrote the check.  Mom came out OK too with a check for $11,500.

As is always the case, kids pay for greedy adults.  Why?  Because it’s the adults who make the rules.  And it’s usually the adults who are most likely to cheat.