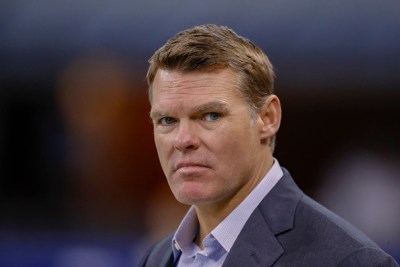 Being an NFL GM looks like fun. Sometimes it is – sometimes not. This year for Chris Ballard has not been fun.

Improving a roster mismanaged by his predecessor has been relatively easy work for Indianapolis Colts GM Chris Ballard.  Addition by subtraction makes heroes of a lot of managers – in sports and business.

When Ballard took over from Ryan Grigson almost three years ago, there was a lot of productive subtracting to do.

Now the work changes for Ballard and the Colts.  There are only five players drafted by Ryan Grigson who remain.  Add free agent tight end Jack Doyle and Bill Polian holdovers Anthony Castonzo and Adam Vinatieri, and that makes eight players Ballard inherited still with the Colts.

Just four months ago, the Colts appeared to be a team evolving toward championship contention.  Then Andrew Luck retired 15 days prior to the opening of the 2019 regular season and everything changed.  Without an elite level starting quarterback, the Colts still managed a very solid 5-2 start.  Then the roof caved in as they have lost five of their last six.

At 6-7, the Colts appear to be a reflection of their new starting quarterback.  Jacoby Brissett was one of the NFL’s best backups, but by all statistical measures he is a thoroughly mediocre starter.  His closest comp is Jacksonville’s Gardner Minschew, who has completed exactly the same number of passes and just like Brissett sports three times as many TD passes as interceptions.

Ballard needs to take a very close look at Brissett and the rest of the roster he has assembled as the Colts look ahead from a decade that started with the end of the Peyton Manning era and will end with mediocrity.

There are several questions Ballard needs to answer for the Colts to take the next step in their quest to again be a championship contender:

Is Jacoby Brissett the long term answer at QB?  Ballard was not responsible for Luck’s retirement, and Brissett as a replacement gave the Colts a chance to compete if everything else went perfectly.  Nothing goes perfectly in the NFL, so the Colts have wobbled late in games, when elite quarterbacks win.  In each of the last three games, the Colts have lost after leading in the fourth quarter.  That doesn’t happen with elite QBs.  Can Ballard stomach the idea of drafting a quarterback in the first round when there is no guarantee he will be an immediate step up from Brissett?

Is the problem with the defense a matter of staffing or scheme?  Yesterday, the Colts forced four turnovers but still allowed the Bucs to score 38 points.  Most troubling was the result of the Colts playing a soft zone behind a blitz.  Bucs QB Jameis Winston torched the Colts for 456 yards and four TDs.  To what extent is coordinator Matt Eberflus responsible for that mess?  Did Eberflus lose the chess match with Bruce Arians, Byron Leftwich and Tom Moore, or do the Colts simply lack the horses to stop Winston?

Is Brissett’s mediocrity due to a lack of weapons?  As training camp opened, it was assumed the Colts wide receiving corps would include T.Y. Hilton, Devin Funchess, Parris Campbell, Chester Rogers, Deon Cain, and Daurice Fountain.  All have missed substantial time this season – three are on IR, one is playing for the Steelers, Hilton is sitting with a bum calf, and Campbell returned yesterday from a broken hand.  Tight end Eric Ebron is also on IR after having season ending surgery on both ankles.

The answer to this question will determine what Ballard will do in the first round of the upcoming draft.  Do the Colts draft a weapon at wide receiver, or snatch a quarterback?  Maybe they trade up to get the QB they covet.

Is Adam Vinatieri responsible for the Colts falling out of contention?  No one denies that Vinatieri did what he could to gut out a bum left knee during his 24th season, but a case can be made that with made kicks, four losses would have become wins.  If those misses magically became makes, the Colts could be 10-3 instead of 6-7.  The line between excellence and mediocrity in the NFL is just that thin.  Maybe a remarkably reliable kicker is the big fix.

Why are the Colts always near the top of the NFL in games lost to injury?  Is it Lucas Oil Stadium’s flat field, the medical staff, training camp protocols, bad luck or a combination that results in a woeful track record of health related miseries for the Colts?  Ballard needs to figure this out ASAP as it really doesn’t matter who he drafts if many are lost to a variety of traumas.

That’s a hell of a list of questions for a GM who was the toast of Indianapolis just four months ago as Colts fans dreamed of another Super Bowl with almost every roster and culture box checked.

That’s life for an NFL general manager where disaster lurks with every hit, cut, pass, and 4th and 2 call.  It’s why Ballard makes the big bucks.