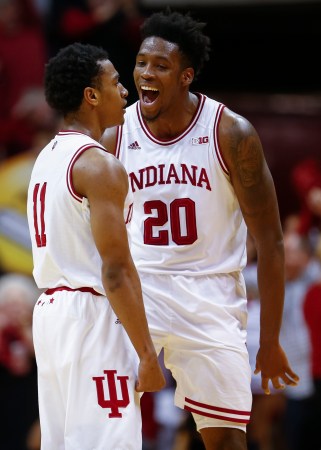 It would be great for the seniors to get another year of eligibility, not unfair to virtually everyone else.

Life can be unfair.  That’s a crappy lesson for college students to learn, but it’s important because in the end – life is ultimately unfair, and when it’s over there are no appeals.

When some conference tournaments were canceled in progress and postseason events like the NCAA, NIT, CIT and CBA were scuttled before they began, seniors at the end of their eligibility were denied the career-ending opportunities they had worked toward their entire lives.  That’s bad luck for a bunch of young men and women who did nothing to cause the intervening problem.

Now, some are arguing it would be right and decent to unring that bell by extending the eligibility clock one year to provide those graduating student athletes the sendoff they deserve.

There is no denying that losing the opportunity to compete in the NCAA Tournament because some Chinese guy in Wuhan ate the wrong bat sounds like the worst plot in movie history.  It’s sad, unfair, and weird.

But that doesn’t mean it requires a fix, especially when the fix being proposed causes more issues than it solves.

That’s life – and there should be no additional eligibility for those wronged by the Coronavirus for these five reasons:

Do-overs do not exist in life.  There is no rolling back the clock.  This is the perfect time to teach the most important lesson these young men and women will ever learn – nothing in life is guaranteed.  The seniors had three previous years and nearly an entire fourth to enjoy.  Time marches on, and so do experiences – fair and unfair.

Seasons had already ended for the majority of Division One programs.  Many conference tournaments ended the weekend prior to the mandated cessation of games.  Teams in those conferences who did not earn an automatic bid were likely finished for the year.  It would be absurd to award seniors for those programs an additional year.  If they don’t get the extra year, how can schools that had already wrapped compete on equal footing with those who allow seniors to return?

Unfair to juniors, sophomores, freshmen, and incoming recruits.  If seniors get to come back, they will eat significant minutes that otherwise would have gone to those who remain.  Juniors would be adversely affected because they would never get the chance to be captains and leaders based upon class.  The greatness of college basketball is partially due to the constant churn of student athletes.  Hope springs eternal because no one is allowed to stick around long enough to dominate play.

Competitive imbalance.  This would give the old basketball saying – “Get old, stay old” a whole new meaning.  If one team has five seniors and another has one or two, the team with five returnees for a fifth year would have a huge advantage – especially if that program also had five talented recruits coming in who were to replace the five seniors.  That would total 18 scholarship players, which would cause yet another subset of problems.

Money.  This is a red herring of a reason I don’t subscribe to, but one you will hear from the NCAA and its member institutions.  They will claim athletic departments cannot afford the additional scholarships, which is preposterous.  The true cost of a scholarship is a desk and food.  That’s not going to break a university.

This class of seniors has earned empathy from fans and their schools, but that’s where it should stop.  There is no earning a second bite at an apple it has already been eaten to the core.

The people championing the rights of the outgoing student-athletes are oafs not yet learned enough to recognize a problem whose solution would cause a cascade of additional problems.

Better to let the carnage begin and end with the seniors who were cheated by a virus than intercede and cause additional issues that will infect the experiences of many others.