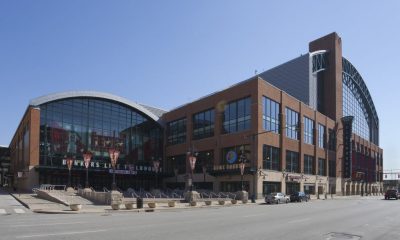 If the NBA returns with a pod system of several cities where all 30 teams will play the remainder of their schedule without fans in attendance, Indianapolis would be a perfect host city for a variety of reasons.

To be honest, I have no idea what the criteria would be for the NBA in selecting venues because fans will not be a part of the equation for a significant period.

There are a few needs to make games look somewhat normal on television:

I’m a honk for Indianapolis.  No question about that, but I think this is a perfect choice as one of three cities for 10 teams to congregate for several weeks to play a lot of basketball against one another.

Here are some of the criteria that make Indy the right choice to convene for a portion of the remainder of the NBA season:

Does it really matter that the airport is a 10 minute trip from Bankers Life Fieldhouse?  Well, it doesn’t hurt.  Why not make this as convenient as possible?  Would you rather endure a longer drive?  It’s a stretch as a reason to choose Indy, but when choosing among 30 great cities, we need to dig deep to build a long list.

It doesn’t matter much where these games are played – if they are played – but if I were commissioner Adam Silver, I would want to minimize the chances for complications and distractions as the NBA re-boots its season.

Indianapolis is the least complicated city I’ve ever lived in or visited, and I love it!  So will the NBA.