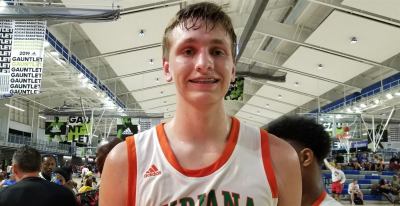 Logan Duncomb has committed to join an Indiana team recruited from the inside out.

Duncomb chose Indiana over Xavier, Wisconsin, Ohio State, and Stanford.  He’s the latest Hoosiers recruit who appears to be cut from a very similar cultural cloth.

As Archie Miller heads into year four of his tenure as IU’s head coach, it appears the culture of the program he’s building is beginning to reveal itself in the classes he has compiled as well as the commits he gathers.

His guys appear to be smart, team-oriented, and diligent.  In Miller’s first class, he netted Romeo Langford, Rob Phinisee, Jerome Hunter, Damezi Anderson, and Jake Forrester.  This group is difficult to assess because Langford and Forrester left after their freshman years.  Phinisee and Hunter seem to be competitive and smart.  Anderson is still a work in progress.  Three came from the Hoosier state and one from Ohio.

The second class included only Trayce Jackson-Davis and Armaan Franklin.  Both are athletic, talented, and smart – and from Indiana.  Miller also added Joey Brunk – a junior center from Southport who transferred from Butler.

Miller’s third class currently has three members – Bloomington South’s Anthony Leal, Culver’s Trey Galloway, as well as New Hampshire Gatorade Player of the Year Jordan Geronimo.  Leal appeared to be the favorite for Mr. Basketball before the season was scuttled because of the Coronavirus.  Bloomington South was undefeated at the time, and Leal had become the school’s all-time leading scorer.

Here’s Leal talking about who IU had to beat to get his commitment:

“I had the Stanford situation, which I really loved because it’s one of the best schools in the country and education has always been very important to me, but we all really wanted that Indiana offer, obviously,” Anthony Leal to SI on his offer to Stanford, an elite academic institution.

The press release from Gatorade discussed Geronimo’s academics a bit, “Geronimo has maintained a 3.98 GPA in the classroom and represents one of the state’s top candidates in meeting the Gatorade award’s broad criteria.”

The 2021 class has two members as I write, including Duncomb.  The other is Khristian Lander, who may reclass to 2020 if he completes the academic work required in time to graduate from Evansville Reitz this summer.

Here’s what people say about Duncomb and Lander:

“(Duncomb’s) test scores are Ivy League type. He’s a really bright kid. It’s a part of who he is,” Moeller coach Carl Kremer.

“A student with a 3.8 grade-point average, (Khristian) Lander plans to major in mechanical engineering,” Gordon Engelhardt of the Evansville Courier & Press.

Lander is the wild card.  His thoughts about declassing shows a lack of patience, which can be a plus or minus.  He’s projected as a guy who is good enough to eventually jump to the NBA – as is Jackson-Davis.  They both may corrupt Miller’s ability to get old and stay old.

That’s four recruiting classes – two of which are works in progress – comprised of 13 players.  Most of them are academic achievers from winning programs.  Nine are from Indiana high schools, two are from Ohio, one (Forrester, who transferred) is from Pennsylvania, and Geronimo prepped in NH but is originally from New Jersey.

Miller is not a coach cobbling together talented players, hoping they fit.  He’s identified physical and behavioral traits he prizes, and recruits to them.  If he’s correct, Indiana will win with them.

If there is a reason to buy what Miller is selling and invest in hope the Hoosiers can make strides in 2020-2021 and beyond, his discipline in building a culture specific to IU is it.