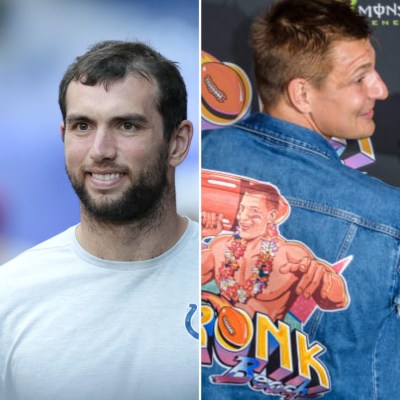 Does anyone really believe Andrew Luck and Rob Gronkowski will process information in the same way?

Rob Gronkowski is coming out of retirement to play with Tom Brady again in Tampa, so media and fans reflexively wonder about whether former Colts quarterback Andrew Luck might follow suit to return to the Colts..

Luck has a Stanford brain, and Stanford brains don’t look at a successful application of a solution to a problem as a reason to re-engage in the behavior that caused the problem.  Gronkowski went to Arizona, not Stanford, so let’s not equate these two brains.

Let me break it down a simpler way:

Andrew Luck suffered a ruptured kidney, concussions, and torn cartilage in his throwing shoulder during his seven-year career.  He explained his decision to retire this way, “For the last four years or so, I’ve been in this cycle of injury, pain, rehab. And it’s been unceasing, and I’ve felt stuck in it. And the only way I see out is to no longer play football. It’s taken my joy of this game away.”

Since he retired eight months ago, Luck feels better physically and mentally.  He’s enjoying life minus the “unceasing” injury, pain, and rehab.  For so many, that would mean a return of the itch – that compulsion to compete; to rejoin the challenge of preparation and performance that the NFL demands.

For a Stanford brain that processes information properly, a return to health minus football validates the decision to leave the game.

According to Spotrac, Luck has earned over $109 million.  Minus taxes and his meager expenses, Luck is probably sitting on $50 million, plus the marketing money he pocketed.  That removes cash as an incentive to return.

To break down Luck’s process further, coming back means the same pain and rehab that drove him to retire, money he doesn’t need, and fame he never coveted.  Staying retired means more time with his wife and daughter, limited pain, no rehab, all the money he can ever spend, but no football – which would be a reality soon enough anyway.

That’s a level of math even this Indiana University graduate can understand.