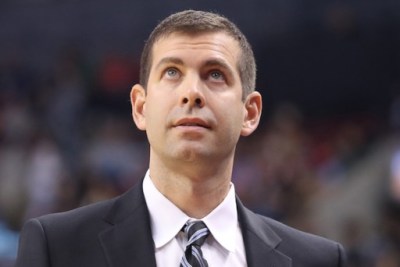 Brad Steven is brilliant, but he was also very fortunate as he built his career as the brightest young coach in basketball.

Building a career as a college or professional basketball coach is tough – really tough.  The combination of luck, timing, work ethic, and strategic acumen needed to get ahead is dizzying, and I don’t wish a career in that business on anyone.

There is no more cited example of how young coaches make good than Boston Celtics coach Brad Stevens.  He’s brilliant, friendly, humble, and was an early adaptor of analytics.  People point at Stevens as though young men and women who follow his lead should be able to get to where he is.

Even for a guy as smart and charismatic as Stevens to get to where he is, it took an amazing series of occurrences that had very little to do with his qualities as a coach.  There are plenty of obvious quirks of fate we could discuss, like Todd Lickliter leaving Butler for Iowa to open the door for his’ ascension to head coach for the Bulldogs, but let’s dig into an arcane series of events at Indiana University, without which Stevens career might have stalled.

Back in 2005, Indiana University’s basketball team foundered under Mike Davis and fan engagement cratered.  The Hoosiers hosted an NIT game against Vanderbilt in front of a crowd of friends and family at Assembly Hall.  The writing was on the wall that Davis’s tenure as head coach was coming to an end, but athletic director Rick Greenspan stuck with his beleaguered coach for another year.

Davis was not focusing much attention on recruiting at Indiana high schools, famously telling Mike Conley Sr. during a morning workout at Lawrence North High School that he was only interested in Greg Oden, not his son.  Both Oden and Conley Jr. attended Ohio State and led the Buckeyes to a 35-4 record, a Big 10 regular season championship, a Big 10 Tourney championship, and a national championship appearance in their only season in Columbus.

The 2007 high school class in Indiana was loaded with Division One talent too.  They were ignored by Davis as well.  So as Davis was retained for the 2005-2006 season, Butler and Purdue went to work building relationships with families in that group.

By the time Kelvin Sampson replaced Davis after a 2005-2006 season, the 2007 recruiting class was already a long way toward making their decisions about where they would play and study in college.

Stevens was one of the assistant coaches working exceptionally hard to gain commitments from that group.  He attended every game my son’s summer team played during the summer of 2005, as he recruited Matt Howard and Zach Hahn.  I never saw an Indiana coach at any of those games.

Sampson was able to work with Eric Gordon to get the future NBA star to decommit from Illinois and join the Hoosiers, but it was too late for the rest of that very talented group that had already become very friendly with the coaches representing other in-state programs.  Howard and Hahn committed to Butler, while JaJuan Johnson, Robbie Hummel, E’Twaun Moore, and Scott Martin pledged Purdue as Matt Painter rebuilt the Boilermakers.

Lickliter left Butler for Iowa in the spring of 2007, and Stevens was hired to replace him.  In part because Stevens outworked every other college coach, his first class of recruits would set the table for unprecedented success at Hinkle Fieldhouse.

In 2010 and 2011, Butler played in the national championship game with Howard and Hahn.  They also had a couple of other future pro’s in Brownsburg’s Gordon Hayward (2010) and Shelvin Mack.

If Indiana had replaced Davis after the 2005 season that ended in that first round NIT loss to Vanderbilt, there is every chance Greenspan would have tabbed a coach that could have built a relationship with Howard, some of the guys who went to Purdue, and perhaps Hayward a year later.

Indiana would have thrived.  Butler (and Purdue) might have taken a big step backward.

Let’s look at the sequence of dominoes as they might have fallen if Greenspan fired Davis in 2005 and hired a coach who recruited Indiana hard.

The point is that a lot of things have to go right, even for a great coach like Stevens to find his way up the bench to display his excellence in the way required to follow in the footsteps of Barry Collier, Thad Matta, Todd Lickliter, Red Auerbach, Tommy Heinsohn, Bill Fitch, K.C. Jones, and Doc Rivers.

There are assistant coaches stuck on benches who through no fault of their own will never be in a position to take full advantage of their genius in the way Stevens has.

We tend to look at the guys who earn millions as college basketball coaches and envy them.  Don’t forget to take a good look at the guys whispering in the ears of those millionaires.  Some are every bit as smart, decent, and friendly as Stevens, but have yet to be given the opportunity to show it.