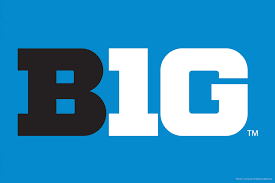 Right of the heels of yesterday’s Ivy League announcement that there will be no fall sports for 2020, the Big 10 has announced it will scale back fall schedules to include only conference games.

This is a big deal for all Big 10 athletes and coaches, but is of massive importance for football programs that feed the schools’ financial furnace, including those scheduled to serve as opponents.

The trickle down effect of the cancellation of non-conference games will have a huge negative impact on the athletic programs that rely upon their game checks from Big 10 opponents.  Guarantees vary in size, but all serve as an important funding source for football as well as their other sports for these cash-poor schools.

That lack of cash may cause smaller athletic departments to trim the number of scholarships and sports in the short term, and may accelerate a separation of the Power Five (Big 10, SEC, ACC, Pac-12, and Big 12, plus Notre Dame) from smaller programs.

And that is long overdue.

Nothing against athletic departments that don’t have significant revenue from conference media deals that include football, but the difference in resources is striking.

Big 10 schools received $54 million each at the end of the 2017-2018 academic year through conference media agreements.  When the cash they brought in through tickets and marketing is added, their gross revenue dwarfs that of non-Power Five schools.

This is not an apples to grapes comparison – it’s apples to raisins.  There is just no way for the little guys to compete.  Add to that the lack of interest in games between the haves and have-nots, and the logic of the shift only makes sense.  Let’s face it, even Ohio State fans don’t want to watch their Buckeyes destroy Miami of Ohio 76-5, as happened last year.

How silly is it to have the same NCAA compliance manual govern Michigan and Central Michigan or Penn State and Ball State?  Exceptionally silly because recruiting and player value are vastly different in the Big 10 and the MAC.  When pay to athletes for NIL (name, image, likeness) is discussed, it’s rarely applied to players in the MAC, WAC, MEAC, or SWAC.

And if you are going to argue that a separation will doom the upsets in March Madness, that is a challenge that can be overcome in a 15-minute meeting, as in:

NCAA Administrator #1 – “What do you think about maintaining the selection process for the NCAA Tournament as it exists today?”

NCAA Administrator #2 – “Yeah, that makes sense!  I second the motion”

NCAA Administrator #1 – “Alright.  All in favor of keeping the NCAA selection process the same, say Aye!”

NCAA Administrator #1 – “The eyes have it.  On to more pressing business.  Who else believes Rick Pitino should have to peel potatoes for team dinners for two months if he wants to stay at Iona?”

It will be that quick and that easy.

This switch also gives the Big 10 the chance to move schedules around to serve regional conditions within the conference footprint without causing mayhem for teams outside the Big 10.

Not to sound an alarm regarding future Covid-19 related alterations, but if eliminating non-conference games is the only bitter pill we need to swallow for college sports during this wacky period, that would be the best news since Red Panda played the halftime show of the final Big 10 Basketball Tournament game between Indiana and Nebraska.

Unlike other non-epidemiologists in the media, I refuse to look ahead to what may happen with either optimism or cynicism.  What comes will come, and further challenges don’t need to be rushed into.

Let’s just deal with what we have and try to make hash browns out of those taters Pitino will have to peel if Administrator #1 has his way!