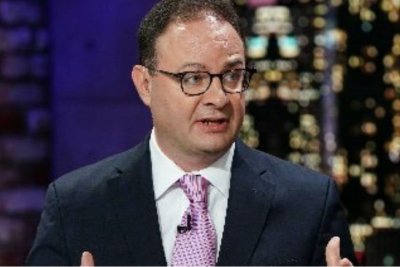 Based upon his ESPN performances and social media profile, Adrian Wojnarowski might be the least likely guy in media to drop f-bombs in an email.

To an email sent by the office of United States Senator Josh Hawley, ESPN’s Adrian Wojnarowski replied succinctly, “F**k you!”

The senator then took a screen shot, tweeted it, and Woj was suspended and he subsequently apologized.  Woj tweeted, “I was disrespectful and I made a regrettable mistake.  I’m sorry for the way I handled myself and I am reaching out immediately to Senator Hawley to apologize directly. I also need to apologize to my ESPN colleagues because I know my actions were unacceptable and should not reflect on any of them.”

But now, Hawley should apologize for exposing the email in a way that caused unnecessary harm to Woj’s career.  People are on edge, and occasionally operate without thought of consequence.  While Woj was wrong for the obviously angry tone and profane content of the email, Hawley’s office could have operated with a little tolerance or dismissal of his message.

In the initial email, Hawley questioned the NBA’s selective activism.  While it is very active in making sure all are aware Black Lives Matter, the league is reluctant to use that same verve to voice concerns over human rights issues in China and Hong Kong because of financial concerns.

People are on edge, and Woj’s email reflected the stress many feel as stressors are stacked upon each other in a way few of us have seen in our lifetime.

The most ruinous response to 2020 level stress has been an explosion of violence in America’s cities.  That cannot be forgiven and forgotten, but an occasional profane explosion in a private email could be allowed to pass without using it to gain political leverage.  It didn’t;t need to become a GOTCHA moment.

That’s not to excuse Woj, but there is no glory on either side of this fence.

Arizona State football coach and former ESPN analyst Herm Edwards famously counseled student and professional athletes – as well as the rest of us watching – to not press send when tweeting invective in anger.  That applies to both Woj AND Hawley in their email exchange.  This could have been handled calmly and privately by either, and maybe some understanding could have been reached by both.

These are weird times.  Instead of responding in anger to everyone who presses our buttons, we would be wise to take a deep breath and try to empathize with the source of our discontent.  The world seems unfriendly right now, so let’s respond to it by trying to diffuse anger instead of reacting with more of it.

Maybe we can take the two screw ups by Woj and Hawley, and move toward a better understanding of each other.  Maybe we can listen with more energy than we speak or write.

Maybe 2020 can be remembered for something positive.