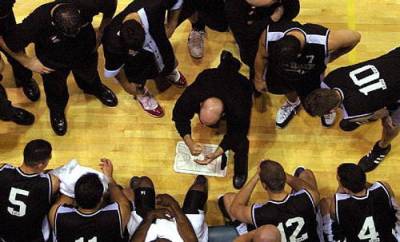 While the bald man in the center of disinterested players pretend to pay attention while he scribbles on a dry erase board, fans yawn, chat, and wait.

The final minute of a basketball game is where high drama should build to a crescendo as tall men and women exhaust themselves in the fight to win.  Instead, because of timeouts and replay reviews, the final minute can turn into a death march taking as many as 15 minutes.

I was reminded of this last night almost five months after the sporting world collapsed on March 12th while I watched the Indiana Fever hang on for a 106-100 victory.

Both the Fever and Mercury exhausted their timeouts during the final 37 seconds, and a replay review took two minutes of my life to determine an out of bounds call made on the floor was correct.  Those 37 seconds took 10 minutes!

Timeouts in professional basketball allow teams to advance the ball, which serves as motivation   for coaches to use them, and so both Fever coach Marianne Stanley and Mercury coach Sandy Brondello took full advantage.  Sadly, between the timeout being called and the inbounds play from the advanced position, fans were forced to endure 90-seconds of conversation between coaches and their teams.

I watched the end of the game as much out of delay-driven spite as enjoyment of Fever Basketball.  Despite the six minutes of timeouts and the replay review during those final :37, I sat with my eyes trained on a laptop screen.  Sure, it was better than watching Cubs reliever Dillon Maples pitch against the Reds like a blindfolded second grader plays Pin the Tail on the Donkey at his birthday party, but it could have been really fun without the relentless stoppages.

Replay reviews, especially those to check the clock, are exceptionally onerous.  Referees want to get calls right, and that is laudable, but standing over a monitor advancing video frame-by-frame for two minutes defeats the original purpose – to correct obvious misses.  In the NBA, they have a replay headquarters where reviews are conducted.  Some guys in a room watch monitors to correct the clock from 8.4 seconds left to 8.6 seconds.  As they do it, fans stare blankly at the floor or television while excitement drains.

I’m not going to campaign for the implementation of the Elam Ending, which allows teams to play to a target score instead of the expiration of time, but something needs to be done to keep what should be the best part of the game from turning into the most tiresome.

Here are some ideas:

At some point, it will dawn on those who run pro and college basketball that the game needs to be built to satisfy and thrill fans instead of the coaches.  When that happens, a great game will get better, quicker, and more fun for everyone.