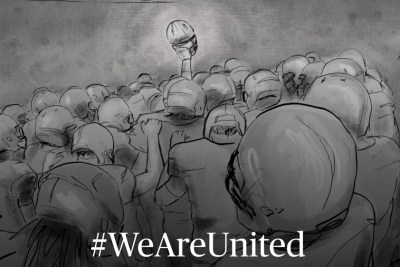 They have authored a letter published in The Players Tribune with a series of demands the Pac-12 must acquiesce to if they are to play this season.  I am a big honk for student-athlete rights, but several of these demands are in direct opposition to binding contracts, NCAA rules, and common sense.

There are rules in negotiations – like “make a big initial ask and work toward reality.”  Four of the items in this infantile ultimatum go so far beyond a “big” initial ask that athletic directors and commissioner Larry Scott will never take the reasonable items seriously.

Here are the four absurd demands (try to stifle your laughter at those involving coach’s salaries):

These demands are straight up crackers, and if players hold the line on any of these, they will forfeit the chance to create reasonable evolution to include the more reasonable requirements, which include:

The athletes articulated some other well-intentioned ideas, like the formation of a task force and the launch of a summit on racial equality, and then a few other issues that are being contested in the courts, Congress, and NCAA’s far back burner.

In another part of the letter, this phrase pops up, “NCAA sports exploit college athletes physically, economically and academically, and also disproportionately harm Black college athletes.”  There are many, including athletic directors and commissioner Scott, who would vehemently disagree.  They would replace “exploit” with “benefit.”

Student-athletes at Power Five universities have some righteous gripes, but painting themselves as downtrodden is not only inaccurate, it will turn sour many of those who believe in elements of their cause.  This is not about turning horrible into righteous.

Instead of aligning with executive director of the National College Players Association Ramogi Huma, student-athletes should find an advocate who understands how to win AND make headlines.  Huma has fought many battles, but won few.  It is time for athletes to get a seat at the table and fight to take steps up the ladder to fairness, but this mostly silly list of demands sets their cause back.

Pac-12 student-athletes are not going to hold to their threat to not play if their demands are not met, because there is not an administrator in college sports who would agree to pay them any cash beyond cost of attendance as allowed by the NCAA.  That is a non-starter, and will doom any short-term win that can be gained regarding scholarships and health insurance.

The best rule of negotiation is to never threaten would you are unable or unwilling to deliver.  Pac-12 student-athletes killed their chance to win concessions by violating that rule in their first volley.