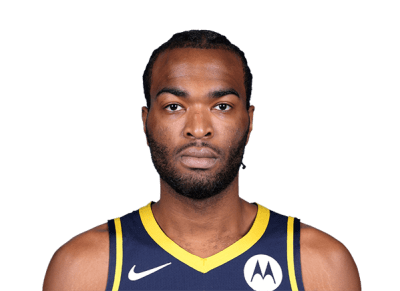 T.J. Warren is not charismatic or a media darling, but he’s getting buckets at a level very few ever have.

T.J. Warren has been a monster for the Indiana Pacers as they have rung up three straight drama free wins in the Orlando bubble, and the national media has barely mentioned him.

Quiet but driven, Warren went to work during the COVID-19 hiatus to extend his range and be ready for the moment basketball resumed.  Basketball has resumed, and Warren’s readiness has brought him to a unique place in basketball history.

Scoring at all levels, Warren has scored 119 points in those games while shooting better than 60% from both inside and outside the arc.  That he continues to find holes in opponents’ schemes to get open looks is both a tremendous credit to his basketball acumen and fitness and a scathing indictment of defenses.

Warren’s efficiency is historic as he’s scored 108 points on 72 field goal attempts (removing the 11 free throw makes he’s tallied), which comes to an average of 1.5 points per shot.  Whether that has ever happened before for a non-center averaging 30 points per game I’m not sure, but I have never seen it.

How rare was Warren’s efficiency in his magical 53 points against the 76ers?

During Michael Jordan’s peerless career, His Airness scored 53 or more points 21 times (including the postseason).  In those games, he had only five games where he needed less than 30 field goal attempts.  Of those five games, he never made less than nine free throws.  Against the 76ers, Warren scored 53 points on 29 shots and four free throws.

In yesterday’s win against the Magic, Warren tallied a pedestrian 32 points compared to the 53 and 34 point efforts of the first two games, but it might have been his most impressive work in Orlando.  Those points came on just 17 shots with only two made free throws.  There are very few – if any – players who have ever done that.

It’s not just the shooting from beyond the arc that is carrying Warren to dizzying productivity.  His movement without the ball, especially on cuts to the basket, earns him four or five bunnies each game.  And don’t discount teammates who read Warren’s movement and deliver the ball on time and on target.

The Pacers have another game tomorrow night against the Phoenix Suns, who are likely to focus additional attention on the Pacer who is scoring 39.7 points per game in the bubble.  They would be crazy not to, right?  But the bucket getter will still get buckets because that is what he does.

No one is ready to crown Warren the undisputed king of roundball after these three games, but in a place like Indiana, he should be generating a hell of a lot more attention than he is.  This guy plays basketball in the way Hoosiers profess to love.  He moves constantly, forces nothing, and hits open shots in bulk.

T.J. Warren might not be the star upon whom the NBA and ESPN are willing to train their spotlight, but he might just be the star Pacers fans can appreciate better than most.