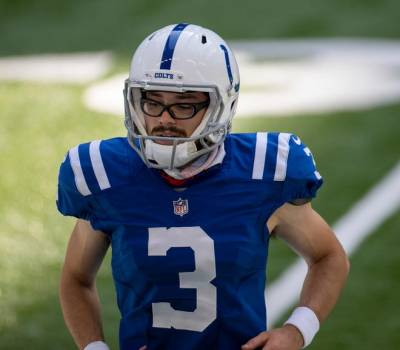 El Lego needs to make kicks today. As bad as the Jags are, all scoring opportunities must be capitalized upon. That means “El Lego” needs to start his career strong.

For the Colts (-8) to win their first season opener since 2013, they need only to play better football than the team believed to be one of the worst two units in the NFL.  Like a man running from a bear who only needs to outrun the slowest guy, the Colts don’t need to be the best team in the league, just better than the Jacksonville Jaguars.

The primary unknown for the Colts is Philip Rivers, their new old quarterback.  Rivers is 38, coming off a 5-11 season that saw him throw 20 interceptions, and the absolute key to success of the team.  That’s true, even on a day when the Colts are playing a legitimately bad division opponent seemingly determined to liquidate productive assets in order to improve its draft position.

Here are seven keys to winning getting the Colts getting the season off to a rare winning start:

If the Colts check four of more of those seven boxes, they will cover the eight.  I believe they will.