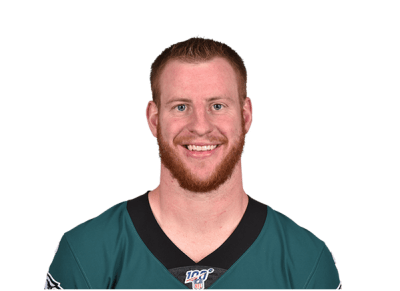 Eagles quarterback Carson Wentz is being replaced as the Eagles starter just as an expensive contract extension is about to kick in. Colts fans who believe he’s the next franchise QB aren’t reading the tea leaves correctly.

With the elevation of jalen Hurts to starter for the Philadelphia Eagles this weekend, the availability of demoted quarterback Carson Wentz at the end of the season is in play.  Because Frank Reich has worked with Wentz before and incumbent QB Philip Rivers turned 39 yesterday, the Colts seem to be the sexy pick to hand his services.

Even though Wentz has played well in the past – he had a very nice 2017 – it seems a stretch to believe GM Chris Ballard would part with assets to welcome someone else’s damaged (and expensive) goods as a potential savior to replace Rivers.

Here are five reasons the Colts won’t make this move:

Rivers is still playing at a higher level than the much younger Wentz – There is no statistical measure for a quarterback that is less kind to the resolutely immobile Rivers than QBR, and even at QBR Rivers holds a wide advantage over Wentz.  Rivers is ranked 21st in the NFL with a QBR of 63.  Wentz is 28th at 49.2.  Throwing the football, Rivers is ranked 12th by Pro Football Focus – Wentz is 31st.  It would be nice for the Colts to have a guy who can run at QB, but not at this discrepancy of arm talent.

Wentz leads the NFL in both interceptions and sacks – With four games remaining this season, Wentz has already been sacked the 47th most times in NFL history.  If he kept his starting position and maintained that bruising pace, Wentz would easily slide into an all-time top five slot.  As for picks, Wentz’s 15 give him a comfortable lead among his peers.  The rap on Rivers when he signed with the Colts was that he throws it to the other guys too often, but Foles has out-erred Rivers by six, and the difference in percentage of passes intercepted is 3.4% to 2.1%.

Insane expense line for Wentz stretches through 2024 – Wentz is owed over $120M for the next four years with most of it guaranteed.  If the Colts get the very best Wentz has to offer, the money is still a stretch.  If Wentz performs as he has in 2020, it would be a deal that dooms the Colts to mediocrity at best for those years and beyond.

Any trade requires Colts to send something to Philly – Is there a player on the Colts roster or draft capital that Ballard might agree to send to the Eagles in exchange for Wentz AND that burdensome contract?  The answer is no.  Ballard is a smart guy, and would never agree to send an asset for a withering but costly talent.

Jim Irsay’s patience – “If you try and solve the quarterback issue in a year, and don’t do it right, you can set your franchise back 10 years.”  That’s a Jim Irsay quote about quarterbacks.  The Bears have always been impatient, and their last excellent quarterback was Sid Luckman!  The Colts will find the next franchise quarterback, but it is going to take time.  Until then, Rivers will do just fine.

I thought about countering my anti-Wentz arguments with five that are positive, just in case Ballard sees things differently, but the five arguments I promised you are not worth sharing.  After writing things like, “Wentz’s best year was his last with Frank Reich as his offensive coordinator,” it just seemed silly to continue.  My heart wasn’t in it because I know it won’t happen.  Trading for Wentz goes against every principle by which the Colts and Ballard operate.

Rivers has worked out significantly better than the Colts could have dreamed.  His numbers are good enough to give the defense the help it needs to win twice as many games as they have lost, and his leadership is outstanding.  It’s impossible to talk to his teammates without a broad smile coming to their faces.  Check the Eagles Zoom calls – not a lot of smiles.

Maybe Rivers will start to play to his age, but what skill or talent of Rivers can anyone believe will erode beyond where it is in 2020?  Is he going to lose foot speed he doesn’t possess?  How can Rivers lose a fastball he doesn’t have?

With Rivers, the Colts are 8-4.  If they had a crack at an elite quarterback like Patrick Mahomes or Aaron Rodgers, maybe a deal would make sense.  Not for Carson Wentz.