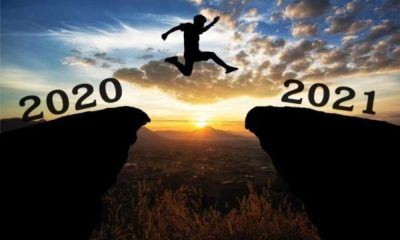 Time for some predictions for 2021.

It would likely be better for traffic if I made a bunch of crackpot guesses that spark outrage and disbelief – like Archie Miller earning a pink slip, Victor Oladipo being traded to Dallas for Porzingis and draft picks, and Jacob Eason being the Colts starting quarterback in come September.

I don’t operate in the Skip Bayless sphere of purposeful idiocy, so these five predictions are honest, sober, and likely to come to pass in 2021!

Archie Miller will be back as Indiana’s coach!  There is no way new athletic director Scott Dolson burns through one of the hires he will be allowed without being certain Miller should be dispatched.  The buyout for terminating Miller without cause would be 100% of the money owed over the last three years of his seven-year contract, and that is a steep price when an obvious upgrade is going to be difficult to manage financially.  Unless the Hoosiers go on an unexpected run over the next two months, an extension is also unlikely.  After next season, the buyout is reduced to 50% of the money owed over the final two years – approximately $3-million.  That is when Dolson will need to make a decision.

Colts will draft a left tackle in the first round.  To hell with drafting the best player available.  With Anthony Castonzo entering the last year of his contract – and likely the final year of his career – a replacement needs to be identified, selected, and groomed.  There is just no way to get a franchise level left tackle other than through the draft.  Teams are loathe to allow one to leave via free agency, so that leaves either the draft or an internal candidate as the source of a replacement.  Maybe Quenton Nelson could shift one spot to his left, but the risk is turning the best guard in the NFL into a slightly above average LT.

Pacers will hold onto Victor Oladipo through the season.  This is a big decision for both Pacers president Kevin Pritchard and Oladipo.  For the Pacers, this season will be too successful for Pritchard to embrace swapping their mercurial all-star for some guaranteed future assets.  Watching Oladipo bounce to Miami or Dallas without something coming back would be a setback, but if the Pacers appear ready to compete in the playoffs, it may be worth the loss.  For Oladipo, his value might be greater in Indy than anywhere else, so signing an extension might be his best longterm play.  If the Pacers see an extension as doable, look for them to deal someone else (Myles Turner?) to free up the cap space needed.

Colts will sign Philip Rivers to a one-year extension.  Rivers has proven doubters (including me) wrong by putting together an age 39 season that shows no backslide at all.  Interceptions and sacks are down, and wins, yards, yards per attempt, passer rating, and other metrics are right where they have always been.  The Colts will be thrilled to finally have a little continuity at the quarterback position, and Rivers likely views Indy as his best last chance to get to a Super Bowl.  Plus, what’s the alternative?  The best healthy free agents available are Mitch Trubisky, Jameis Winston, and Cam Newton.  Jacob Eason is not ready to start, and who would they draft after taking a LT in the first round?  This decision is easy.

State of Indiana will get four teams into the NCAA Tournament.  I can’t predict that Indiana will miss the NCAA Tournament.  I just can’t.  Is there a basis for my optimism?  No.  IU’s offense sucks.  Beyond Trayce Jackson-Davis and Armaan Franklin, the Hoosiers can’t score and their desire to win appears wanting, but I can’t predict against them.  Purdue is going to the tournament.  Their defense will improve because that is what Matt Painter‘s teams do, and the offense is actually better than I expected.  Butler has a shot in a down Big East, where almost every team other than Villanova and Creighton are picked to finish at or near .500.  I believe Ball State will win the MAC.

Can’t wait for 2021 for a variety of reasons, and Indiana’s sports future is one of them.