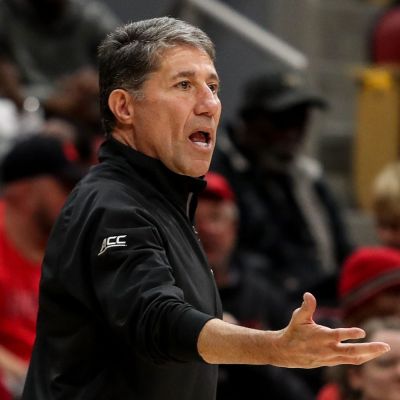 Dino Gaudio’s last play as a coach might cost him more than a basketball game!

“I’ll sue ’em! That’s what I’ll do!” mutters almost everyone fired from a job they enjoyed.

When Louisville assistant basketball coach Dino Gaudio was told to pack a box after a disappointing season season ended in March, he did more than mutter.

Gaudio met with Louisville officials and allegedly told them he would release information to the media detailing NCAA violations that included hype videos for recruits produced by the university if he was not paid at full salary for an additional 17 months.  Later, Gaudio allegedly sent a text message that crossed state lines containing one of the videos to Louisville personnel.

Not only did Louisville possess the damning text message, they recorded the exit interview with Gaudio.

The crossing state lines part of the equation turned this into sordid error in judgment into a federal extortion charge, and so Gaudio is facing up to two years in federal prison.

Thinking about the punitive measures that can be taken against a former employer is common. Executing a hastily planned deal to extort money from an employer that runs its own lawyer farm is a different issue.

According to comments from Gaudio’s attorney Brian Butler, it appears he has learned his lesson:

“When he was not renewed, he was hurt, he became angry, and in the course of that he made statements he regrets.”

“Unfortunately, those statements were taped, and he was not given an opportunity to walk them back. They were turned over to law enforcement. Coach Gaudio takes full responsibility for his actions and lack of judgment and the statements he made in a very heated situation. He apologies to his family and friends for his actions and hopes that everyone will consider his 40 years of good and all the contributions he has made.”

Hopefully, contrition keeps Gaudio out of the pokey.  Federal prison is no place for a former coach to spend the first two years of his retirement.