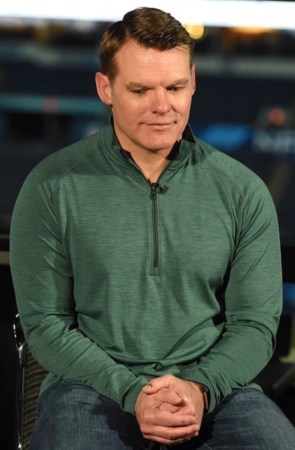 Ballard may be a tardy Santa, but he has delivered some solid toys this offseason.

That is as it should be.  Some NFL GMs get geared up for the beginning of the free agency period.  They spend and spend, acquiring splashy, well-branded names who may or may not have a lot of quality football left in their quickly deteriorating bodies.  Ballard is not among them.

Each year, Colts fans look forward to the opening of free agency with the enthusiasm of a child on Christmas Eve.  For the six Marches Ballard has led the Colts, he has skipped the spending spree, leaving nothing under the tree – not even a lump of coal.

Fans throw a tantrum, and Ballard explains similar quality merchandise can be had a few weeks later for pennies on the dollar.  He’s like a Santa who replies to a child’s list by asking if he would rather get one present on the list Christmas morning or have the entire list filled if he is willing to wait until February 1st.  Like most children, fans scream for what they can get now!

And then, as promised, Ballard delivers his gifts at a cut rate which allows the Colts to avoid salary cap purgatory.  He’s routinely praised for the cap space his thrift creates from the opening of camp until the beginning of free agency, and then vilified for failing to use it until the draft.

This year was no different.  Minus a swap for edge Yannick Ngakoue, Ballard sat on his wallet waiting for the right moment to use free agency to plug a couple of holes, and then signed safety Rodney McLeod and cornerback Stephon Gilmore.  He also executed two trades – one that sent Carson Wentz to the Washington Commanders and another that acquired Matt Ryan from the Atlanta Falcons.  Those deals were close to cash neutral.

That’s four upgrades without breaking the bank, but fans are still less than thrilled as the Colts have an urgent need at wide receiver, lack offensive line depth, and continue to seek a replacement for retired tight end Jack Doyle.  It’s not enough that Ballard has executed roughly 70% of a very shrewd offseason plan with the draft left to grab the pieces he feels are necessary to get back to the playoffs.

The problem to this point is that Ballard’s record after five seasons is a mediocrity defining 42-42, including three postseason games.  Fans would be more willing to sit patiently if Ballard won more than he lost.  They hope Ballard has learned that by waiting until April to sign free agents, he has acquired toys that lack the craftsmanship of those available at retail prices.

Ballard is not only hamstrung by a propensity for bargains, but an allergy for speed at the expense of character.  This makes Ballard the most fascinating (if not the winningest) GM in the NFL.  Ballard wants to prove a cause and effect between team harmony and hanging championship banners.  That’s a cool sociology experiment, but has yet to bear meaningful fruit.

At some point, rigid adherence to frugality and  moral fortitude will need to produce wins in bulk followed by February success.  Until that happens, fans will withhold the love and adulation Ballard he no interest in.  They hope he adapts his leadership to the rules of the road defined by franchises able to win Super Bowls.

Ballard craves wins, not love from fans, which is good because GMs who work to please fans wind up sitting with them.

He would be a terrible Santa, but that might just make him a great GM.