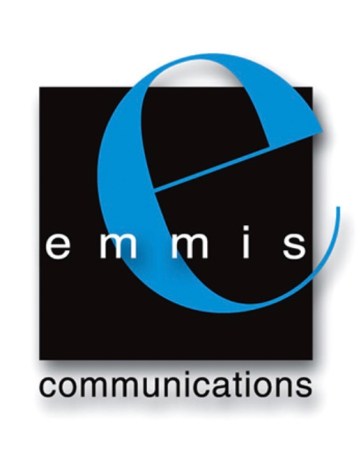 The ‘e’ in the emmis logo is just outside the box. After the sale of the Indianapolis cluster, emmis will be out of the Indy radio box.

The truth is that Emmis Communications is selling its Indianapolis radio stations to Radio One, ending more than 40 years of civic service and broadcasting excellence in the town it called home.

The truth about the sale is that no one knows what this means for radio in Indianapolis – or any of the current employees who call the Emmis Building their professional home.  The listeners, treasured by Emmis, will continued to be served well by its stations because Radio One is committed to the markets it serves, including Indianapolis.  If everyone does his or her job correctly, the change will not be noticed by listeners at all.

Radio One might be thrilled with the performance of the soon-to-be former Emmis cluster and plan to retain every brilliant current employee.  Or, Radio One might feel Emmis is staffed by a bunch of silly doofuses who don’t know which end of the microphone to speak into, and will fire them all.  The truth will be somewhere in between, but we don’t know to which side it will tilt.

I wish I knew because after working at Emmis for over 15 years, I still have friends and former co-workers there and I would like to see them thrive.  The truth is that people who work in radio live in constant fear they will be next to be downsized or fired because a manager doesn’t like their work for a variety of subjective reasons.  I would like to be able to tell them their jobs are safe when they call or text.  But that would not be the truth.

Rumors of Emmis selling its Indy holdings have swirled for years as it became evident through staff changes that the company’s ledger was being prepped for that eventuality.  That rumor became truth yesterday, and the prospect of working somewhere else doing something else will be needed to put food on their tables.

People at Emmis are freaking out at this moment because they don’t know the truth.  They have families who depend upon their income, and while working in radio is risky business, Emmis has always treated its employees very well.  Being a part of the Emmis family allowed for an almost normal life while working in an exceptionally abnormal business.

You see, once upon a time, Emmis was the gold standard for radio companies, and those who worked for Emmis knew they had lucked into a very good life.  Staff was provided the resources necessary to excel, were allowed a voice in the direction of the company, and earned a piece of the pie when things went well.  That is Nirvana for radio people.  Emmis was to radio as Ringling Brothers is to circuses.  It wasn’t perfect, but it sure beat the alternative.

For listeners, radio is about the voices that blast from car speakers, but it is important to realize the truth that those voices are connected to human beings with a spouse, parents, maybe some kids, and friends.  They fear the day they will be told the obvious truth that they are no longer needed.  That reality became very tangible for them yesterday as the company to which they belong sold their work to a different company with its own unique set of standards.  They will sweat out the next four to six weeks until the FCC approves the sale and Radio One takes possession of WIBC, The Fan, Hank-FM, B105, and Network Indiana.  Then, the real truth will be delivered.

Yesterday was a tough one at Emmis, but the truth is brighter days are ahead for those who are retained and even for others who are handed a separation packet.  A shove out one door forces people to see a hallway filled will more open doors.

Radio isn’t the only business where station employees can excel, and that is the most important truth for the future former employees of Emmis, a company whose name was taken from the Yiddish word for “truth.”