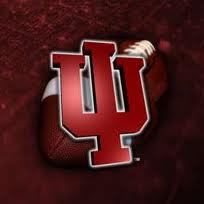 Here is the release from IU detailing the results of Kevin Wilson’s first recruiting effort in Bloomington:

Seven players in the class reside from Indiana, seven from Ohio, three from Florida, one each from Illinois, Kentucky, Louisiana and Michigan. The Hoosiers signed 12 players on the defensive side and nine on the offensive side of the ball. Indiana added four defensive linemen, three linebackers, three cornerbacks and two safeties. IU also welcomed four offensive linemen, three wide receivers, one quarterback and one running back for the incoming class of 2011.

“There is good balance on both sides of the ball in this class,” Wilson said. “We got a good mix of guys up front and skill guys. Our staff did a great job getting in on some guys late in the game. There is great athleticism and potential in this group. We brought in help in the secondary and up front across the board, and we are excited to get to work with these guys.”

Notes on Class:
* Tre Roberson earned the 2010 Indiana Mr. Football award. He is the fourth Mr. Football to attend IU since the award’s inception in 1992 and the first since Earl Haniford in 1995.
* D’Angelo Roberts set a new Monroe County record with 6,002 rushing yards in his career.
* All seven members of the class from the state of Indiana sit in the top 20 rankings by Rivals.com andScout.com.
* Kyle Kennedy (2008, 2010), Kenny Mullen (2007, 2008, 2010) and Nick Stoner (2008) each played on state championship teams.
* Zack Shaw, a four-star recruit in the Rivals.com rankings, finished his high school career with a school-record 450 tackles and a single-season mark of 228 stops in 2009.
* Cody Latimer is the top-rated receiver in Ohio by Ohiovarsity.com.
* Ralston Evans enrolled in classes for the spring semester and will participate in spring practice.
* Mike Replogle’s brother, Adam, is a junior defensive tackle with the Hoosiers. His brother, Tyler, played linebacker at IU from 2007-10.
* Forisse Hardin’s brother, Drew, is a safety for Indiana and redshirted the 2010 season.
* Stoner finished second in the 100-meter and sixth in the 200 at the 2010 IHSAA Boys Track and Field State Finals.
* Kennedy was a high school teammate of Hoosier wide receiver Kofi Hughes and safety Jake Zupancic. Kenny Mullen was a high school teammate of Hoosier defensive back Lawrence Barnett.
* Mark Murphy’s father, Mark, played safety for the Green Bay Packers (1980-91) and was inducted into the Packers Hall of Fame in 1998.
* Roberson’s grandfather, Larry Highbaugh, played defensive back and ran track at IU. He also spent 13 years in the Canadian Football League and was inducted into the CFL Hall of Fame in 2004.
* Replogle was the first commitment to the 2011 signing class and Reed was the first to turn in his NLI this morning.