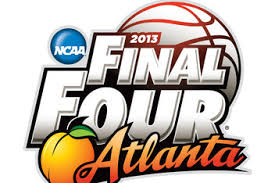 The best action in college hoops has been off the court with some firings, hirings, and the whole Rutgers mess, but today let’s hope that the backroom dealmaking and administrative stupidity can take a back seat to what really matters – the kids on the floor who are living their dreams.

The losers this week were the Rutgers players, who are now saddled with being a part of a program in ruin.  It was no playground before with five and six wins in the Big East during each of Mike Rice’s three seasons, but because of the fallout from the video showing Rice shoving and throwing basketballs at players, it will take years for them to be respectable again.

The NCAA doesn’t need to cripple the Scarlet Knights program, the buffoons running the school have done that for them.  Former athletic director Tim Pernetti is a winner as he will receive $1,200,000 to pack a box and keep his mouth shut.  He may say something, but it won’t be the part of the truth Barchi wants to keep in house.  People don’t payoff an outgoing employee out of compassion.

When people moan about the media, and how they should be muzzled, usually the cause has nothing to do with sports, but the Rutgers story is a great example of why a free press is so vital to what we do.  The truth has no place in the operation of governments, universities, corporations, or any entity run by self-important bureaucrats.  Without ESPN doing the work necessary to gain access to the videotape, this story would never have seen the light of day, and Rice would still be bullying a bunch of college students.

But, again, today is about hoops, and the two battles to earn a spot in Monday night’s championship game.  The first game will pit the frenetic and inspired Louisville Cardinals against the upset minded Wichita State Shockers, who are aptly named because anyone who says they expected Wichita State to punch their ticket to the Big Dance is lying.  Louisville is expected to run Wichita State out of the gym, and they probably will.

The thing Wichita has going for it is that for 40 weird minutes, anyone can ride a hot hand.  It’s hard to fathom that a team that lost at home to Evansville five-and-a-half weeks ago on their coach’s 50th birthday can be in this position, but here they are ready to play the best team in the country.

Gregg Marshall has proven himself to be a hell of a good coach over the last 15 years, but before this tournament, his NCAA tourney record was 1-8.  The evolution of Wichita State in Marshall’s six years there has been a study in consistent improvement.  After his 11-20 record in Marshall’s first season, the Shockers have gone to the second round of the CBI, to a first round loss in the NIT, to an NIT Championship, to a first round loss in the NCAAs, and now to the Final Four.

Success is going to cost the university some cash.  Even the boobs running athletic departments will have to accept that he’s a damn good coach.  If you can name a single player for The Shockers, you’re way ahead of most college basketball fans, and Marshall has turned them into this year’s Cinderfellas.

The main event will pit Michigan’s multi-faceted offense and player of the year Trey Burke against Jim Boeheim’s vaunted 2-3 zone.  I’ve picked against Syracuse in every round (even in the opener against Montana) because of my disdain for the zone.  Men play man-to-man, and zone are for pussies.  That said, I’m going with Syracuse today to try to switch the mojo, and because they are playing too well to lose.  When the Orange decide they want to play, they are beasts, and I’m going to guess that they will be sufficiently motivated today.

There is an axiom in basketball that defense travels, and Syracuse is playing better defense than anyone this tournament – even in that dicked up 2-3.

It will be a nice story that in the last season of Big East basketball, two of its members will play in the championship.  Both Syracuse and Louisville will slide into the ACC in the near future (Syracuse next year, Louisville in 2014-2015), but before that happens, the league every basketball fan but those in the east hates will roar one more time.

In the Big East Championship, Louisville used a 31-6 second half run to destroy the Orangemen.  It will be an interesting rematch with an even bigger trophy on the line.  Pitino vs. Boeheim – the only matchup I would rather see is Knight vs. Krzyzewski, but those days are long gone.

All that said, now that I called today’s results so emphatically, Wichita State and Michigan will probably win tonight.