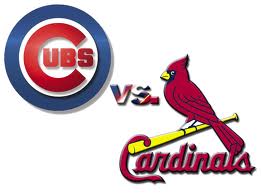 The St. Louis Cardinals are routinely very good.  Making the postseason in nine of the last 13 seasons demonstrates consistency that most franchises covet, but the 2013 edition has an achilles heel that Jason Motte’s injury has allowed to become a problem.

The bullpen is weak.  Despite the addition of Trevor Rosenthal and left Randy Choate, the Cards are having trouble holding leads.  The starting rotation has four starters with ERAs of 2.05 or below in 69 1/3 innings.  Edward Mujica and Choate have been very good, but four members of the pen are at the very bottom of the Cardinals staff in ERA.

Mitchell Boggs has been problem #1 with an 11.37 ERA, a loss, and two blown saves.  Fernando Salas has been predictably terrible with two losses and an ERA of 8.31.  Both Boggs and Salas have WHIPs of over 1.50.  It’s hard to imagine why Salas remains on the roster.

Boggs ERA had improved every year until 2013.  Only two weeks into the season, has allowed eight earned in 6 1/3 after only allowing 18 in 73 1/3 through 2012 as the setup man for Boggs.  Some people are built psychologically to close, and some aren’t.  While the sample size is small, it appears Boggs would be better served by sliding back into his former role.

That would leave a gaping hole in the closer role until Motte returns, as Rosenthal hasn’t exactly been lights out, but one thing is for sure – the Cardinals bullpen is the reason they don’t have a five game lead in the NL Central.

The Cubs have a different problem.  Alfonso Soriano, their 37-year-old, $18 million holdover from the Jim Hendry regime has parlayed 47 ABs in the middle of the Cubs lineup into exactly zero RBIs.

Soriano has always been a streak hitter whose production cannot be counted on from week to week, which might explain why the Cubs are the fourth team for a guy with that much talent, but zero RBIs from the guy counted on to carry a significant part of the offensive load for the Cubs, who are a weak 4-8.

The Cubs have problems beyond Soriano, but a guy paid $18-million needs to be on a pace to drive in more than no runs for the season after the first two weeks.

These two rivals continue to move in opposite directions.  If the Cards figure out their bullpen issues and remain healthy, they should win 95 games.  The Cubs continue to search for the bottom of this abyss that team president Theo Epstein seems determined to find.

The Cards are a team building machine that knows how to spend wisely and the Cubs seemed determined to liquidate every contract possible until they spent stupid on Edwin Jackson.  He was worth $11-million for one year to the Nationals coming off a 7-2 run for the Cardinals in 2011, but after 10-11 for the division winning Nats, he cashed in on a four-year, $52 million deal with the Cubs.

Both teams saw their bullpens blow saves yesterday, but that’s where the similarities end.  Hilariously, the Cubs surrendered a major league record five wild pitches in the sixth inning yesterday and balked home the winning run.  The Cards wasted a great start by Jaime Garcia to lose to the Brewers in 10 as Boggs blew the save in the ninth and Salas lost it in the 10th.

Both fanbases went home disappointed, but for one group that will pass.  For the other, it will continue for the 105th year.