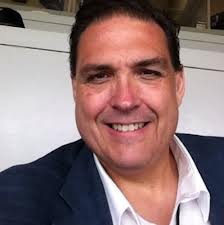 Bernie Miklasz inherited from his grandmother the ability to work long and work hard.  She was an immigrant grocer in Baltimore, and he is a sports journalist in St. Louis.  She worked tirelessly to keep the family business afloat, and Bernie works tirelessly in a business where many don’t to bring fans truth.

Tomorrow, Bernie will complete his efforts to consolidate his efforts under one tent.  He has worked in St. Louis sports radio for nearly as long as he has written four columns and five blogs per week for the St. Louis Post-Dispatch, and tomorrow’s show on 101ESPN will be his last as he leaves to serve one master – the Post.

Doing a solo three-hour show in the way that Bernie does it can be exhausting even if that is all you do.  The churn never stops.  As soon as one show ends, the preparation for the next one begins.  It isn’t digging ditches, but hosting radio can allow for as much work as the host can bear.

Because of the reverence Bernie feels for his grandmother, he works harder than almost all, and frankly much harder than he should or needs to.  That’s part of Bernie’s charm, and why I’m so proud of him for making this tough decision.

Guys like Bernie usually work themselves into the ground – literally.  They die young after having ground their psyches into lifeless pulp, never having the stones to say “ENOUGH!”

Bernie is saying enough to working two full time jobs in the same way he said no to eating himself to death 15 months ago.  He’s lost more than 100 pounds, and now will shed the part of his professional life that was disposable – radio.

Back when he was in high school, Bernie used to sit under the same tree that inspired H.L. Mencken.  He was almost arrested for it once.  That’s the story of a guy who is meant to write, not talk on the radio.  Bernie didn’t find Paul Harvey’s tree or Cousin Brucie’s.  When push came to shove, Bernie mentally went back to that tree, and knew that he needed the newspaper business as much as it needs him.

I miss the conversations I had with Bernie in my office.  Every week, Bernie, his producer Michelle, assistant program director Hoss Neupert, and I would talk about the show for 15 minutes, and then if I had something pertinent to tell Bernie about our ongoing efforts to hire him away from the Post-Dispatch, I would tell him to stick around.

An hour or two later, Bernie had told me stories about his youth, the move to St. Louis, his efforts to gain control of his life, rock and roll, covering Earl Weaver, Tony LaRussa, and Whitey Herzog – arguably three of the best managers in the history of baseball, politics, and anything else you can imagine.

During one of our last conversations, Bernie told me that one of the most frustrating aspects of working in radio was that he didn’t have full control over the product, as he does in writing columns.  I told him, “Welcome to my life.  I’m responsible for everything that airs on the radio station and appears on the website, but have no control over any of it.”

That had buzzed around in my head for years, but had never come out of my mouth.  It forced me to decide what I enjoy best in life, and providing content is much more rewarding for me personally than programming a radio station.  I love helping hosts and producers pursue their dreams, (and hopefully achieve them), but I have dreams too, and it took that little bit of one conversation with Bernie to unlock them.

Bernie is going to continue to work as hard as ever as a columnist and online content provider, but he is going to experience a level of sanity that he has craved for years.

His life will be less cluttered and confusing, and St. Louis radio listeners won’t be privileged to listen to Bernie wax philosophical every weekday from 11a-2p.  They will miss him – much as I miss our talks.

Bernie apologizes a lot, and he would always apologize for taking so much of my time as we discussed things.  He’s also apologizing quite a bit these days for leaving 101 to take control of his life.  As with most things Bernie apologized for, there is no need.

101ESPN will continue being the only place for sportstalk in St. Louis, and Bernie will be featured once a day for a segment to share his thoughts on St. Louis sports and anything else that occurs to him.

On Wednesday, Chris Duncan and Anthony Stalter will take over.  They’ll have a great time talking sports, just as Bernie did.  No one should apologize for that.