The 2013 NFL Draft certainly won’t go down as an all-time classic, but there will still be some solid players who contribute right away. Here are the three top running backs right now as far as fantasy value goes for this upcoming season. 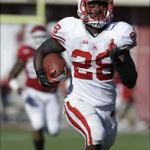 The workhorse from Wisconsin landed in a perfect spot, as he will most likely take over the starting spot in Denver. He won’t be asked to carry the ball as much as he did in college, but he should get enough carries to warrant being the first rookie running back taken in fantasy football 2013 drafts. Expect him to get the ball both on early downs and near the goal line, meaning he has a lot of touchdown potential. 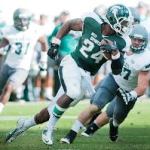 After failed auditions from Jonathan Dwyer and Isaac Redman, the Pittsburgh Steelers are hoping that Le’Veon Bell can be the featured back in their offense. Not only is Bell a big running back capable of picking up yards after contact, but his ability to catch the ball will give Ben Roethlisberger another options as well. Pittsburgh loves to pound the ball into the endzone when near the goal line, so expect Bell to rack up the numbers there. 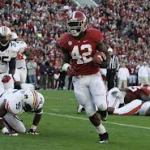 Like Ball, Lacy falls into a great passing offense with the chance to play right away. His toe injury is a bit of a durability concern, which is why Ball is the safer pick. There have been Green Bay running backs who are not as talented as Lacy still put together solid fantasy football seasons. Depending on how much a team tilts their defense towards stopping Aaron Rodgers, Lacy could put up some pretty crazy numbers. He will have to compete somewhat with fellow rookie Johnathan Franklin, but Lacy will get the bulk of the carries.