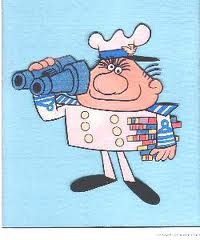 Former Cubs GM Jim Hendry authored a terrible run of drafts during his reign of mediocrity.

This is the fourth straight year the Cubs have been a terrible baseball team.  When people talk about the reasons for their low quality of play, a black cat at Shea Stadium and a billy goat that belonged to the Sianis family are recited.

The truth is that baseball is played by nine men at a time, and the Cubs have been relentless in drafting or developing their own players poorly.  The Cubs have shown a complete inability to move players through their system to contribute at the Major League level, and that is how you lose 100 games as the Cubs did in 2012, and are on a current pace to do it again.

In the last ten drafts, the Cubs have drafted a total of five position players who have totaled as many as 500 Major League at-bats in their careers – Casey McGahee (24 ABs for the Cubs), Eric Patterson (46 ABs in a Cubs jersey), Tyler Colvin (best remembered for taking the business end of a broken bat in the chest), Sam Fuld, and the only current Cub Darwin Barney.

Their record for bringing in young arms is worse.  None of the three who have won 10 or more games have a winning record.  Seven have thrown more than 30 innings in the bigs – Andrew Cashner, Casey Coleman, Jeff Samardzija,  James Russell, Sean Gallagher, Jerry Blevins, and Sean Marshall.

Since the draft in 2003, the Cubs have drafted and signed a grand total of 32 players who played in the majors at all – two of whom continue to contribute to the team.  None have been all-stars.

Here are the players drafted in the first and second rounds in those ten drafts:

Going back further would be kicking sand in the faces of those who built draft classes that forced the Cubs to overspend for flawed talent like Alfonso Soriano, Kusuke Fukudome, Milton Bradley, Carlos Pena, and on and on.  Suffice it to say that the Cubs had four first rounders in 2002, and none ever wore a big league jersey.

As a comparison, let’s look at the division rivals who are usually near the top of the division.

Since 2003, the Cardinals have drafted 48 future major leaguers.  Here is a list of position players that are currently starting – Jon Jay (CF), Allen Craig (1B), Pete Kozma (SS) and Daniel Descalso (2B).  Drafted pitchers on the roster today – Jaime Garcia, Lance Lynn, Shelby Miller, Mitchell Boggs, Jason Motte, Trevor Rosenthal, and Joe Kelly.  Pitcher Michael Wacha and second baseman Kolton Wong are waiting in AAA for an opportunity.  Oscar Tavares will be up before the end of the season too, but he was not drafted.

Good news for Cubs fans is that despite drafting high to very high as a result of their futility, they have competition from the Pirates.  Twenty-six of their draft picks have played in the majors, and only Paul Maholm, Tom Gorzelanny, Pedro Alvarez, Neil Walker, and Andrew McCutchen have moved the needle.  The Cubs would love to have Alvarez, Walker, or McCutchen, but had winning seasons in 2003, 2004, 2007, 2008, and 2009 that hurt their draft position.

The draft for the Theo Epstein regime for the Cubs is beyond critique at this point.  After only the 2012 draft, it’s impossible to tell whether first rounders Albert Almora, Pierce Johnson, Paul Blackburn, and Duane Underwood will be fixtures at Wrigley Field or busts like historical fan favorites Brooks Kieschnick , Lance Dickson, and Earl Cunningham is anyone’s guess.  Almora had 65 plate appearances in 2012, and appeared to be as swing happy as his big league brother, walking zero times.  Almora is recovering from a wrist injury, and has yet to play in 2013.

2011 first rounder Javier Baez is playing at A+ Daytona, and is hitting the ball hard with a .474 slugging average despite hitting only .246.

Almora just turned 19, so it’s going to be a while before we find out whether Theo and GM Jed Hoyer know what the hell they are doing.  What we know for sure is that their predecessors did not, and that catching the Cardinals is going to be tough given the depth of talent in their farm system.

The Cubs draft #2 overall in next month’s draft.  Odds are good they will draft someone who can play.  Even a bad blackjack player pulls a four when hitting 17 once in a while.

2 thoughts on “Chicago Cubs – Look at the drafts, not the jinxes when asking why the Cubs lose”