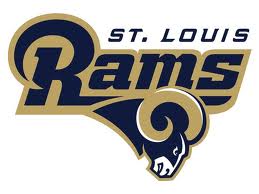 When the Rams concluded their rookie minicamp last weekend, people marveled at the explosiveness of #8 overall pick WR Tavon Austin.  There was also high praise for LB Alec Ogletree of Georgia.  If they are as good as advertised when the season starts, this draft class will mark the second where GM Les Snead and coach Jeff Fisher found a way to get the players needed to take a leap forward in the NFC West gauntlet.

Defensive genius Rick Venturi sat down for lunch at Wolfie’s in Noblesville to talk football, and he’s a big fan of the way this interesting duo builds a roster.

The 2011 Rams had issues, as any 2-14 team does.  You don’t lose 14 games because there is talent everywhere, and the Rams didn’t.  After hiring Fisher and then Snead, the Rams executed a great draft.  The men trusted to play corner were routinely embarrassed, so the Rams grabbed talented but troubled Janoris Jenkins and Trumaine Johnson.  The trouble appears mostly behind them, and what was left were two good to very good NFL players.  Jenkins tied for second in TDs with four, one behind receiver Brandon Gibson.

The middle of the defensive line was helped with big and powerful Michael Brockers, whose high ankle sprain limited his explosiveness, but still allowed him to show flashes of the dominance the Rams expect from a tackle taken 14th overall.

And the offense was helped by the additions of WR Chris Givens, RB Isaiah Pead, and WR Brian Quick, who remains a project after a season of trying to learn the playbook.  RB Daryl Richardson was taken 252nd, but enjoyed a very productive season as a change of pace to the steady and now departed Steven Jackson.

Kicker Greg Zeurlein became a sensation as he set franchise records for distance and accuracy early in the season.

The result was an 7-8-1 mark that included a 4-1-1 record against conference foes, so there was more work to be done, and the pre-draft trade for the pick the Redskins used to grab RG3 paid off again.  That pick allowed the Rams to trade up and down in the first to get their two targets, and fill other holes with five more picks in the second through fifth rounds.

The defense gets more dynamic, and the offense almost has to be more explosive.

The Rams are a team on the come, and if you want to make some bank early in 2014, take the over on wins during your next trip to Vegas.  The line for wins is 6.5.

As Venturi said, this management team in St. Louis is fearless, and the 2013 draft class shows that they go out and get what they need regardless of the positions they earn in the draft.