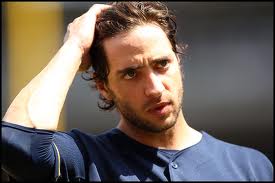 Arrogant accused cheater Ryan Braun might finally have to answer for his behavior when Tony Bosch talks.

When the benefits of breaking the rules outweigh the penalties, corruption will prevail.  That’s true in any business, and it’s why baseball continues to be mired in the seemingly endless cycle of performance enhancing drugs scandals.

And without an effective leader, it will continue.

I hope I live to be 79 years old.  That would be a solid number of years to spend on this rock, but at that age I doubt I will work a full time job.  Being the cranky bastard who says whatever pops into his brain will be my stock in trade.  Baseball commissioner Bud Selig is still trusted to lead baseball at that age.

Selig has mollycoddled (I’m using that arcane word so Selig understands what I’m asserting – for anyone under the age of 70, mollycoddled means “treat someone very indulgently or protectively”) the players who can’t perform at a high level without prohibit chemical assistance, and claims victory.

Well, I guess that “Mission Accomplished” attitude was a little premature as word that the head of Biogenesis, Tony Bosch, will cooperate with baseball by naming names and providing documentation of players who have used his services to improve level of performance.

There are very few human beings who wouldn’t stick a needle in their asses or pop a pill if it meant the difference between making $50,000 per year (the average for Triple-A players) and $490,000 (the minimum for Major Leaguers).

The penalty for a first offense is a 50-game rip – roughly one-third of a season.  Do the math, and you’ll see that even with the suspension, players come out way ahead for cheating.  If they succeed at a high level, the reward can be millions.

The downside is a ding to a reputation that never would have blossomed in the first place without the PED use, so using becomes a smart play with manageable consequence.

And short-timer Bud smiles as he tells everyone the problem was solved years ago.

The only relevant two questions about PEDs are why they are against the rules at all and who suffers when PEDs are used.  Is it concern about the health of the users, the cycle of abuse that would ensue, or the effect on young players who would view using as a rite of passage and necessity to succeed.

The second question is the interesting one – who is hurt by the use of PEDs.  The answer is not the teams or fans, who couldn’t care less.  It’s the players who choose not to cheat who suffer.  There are potentially hundreds of minor leaguers who won’t make a major league roster because of the advantage gained by those who choose to boost their abilities through chemistry.

This is a mess, and it will continue to be a mess until Selig’s successor and the owners who will hire him decide that it’s time to end this madness once and for all with the threat of a meaningful consequence.

Baseball has only enacted one meaningful deterrent in its history and that is the phrase “banned for life.”  Baseball players, coaches, and managers prudently avoid wagering because of example set by baseball in penalizing the Black Sox and Pete Rose.

The staggered system of penalties for PEDs is not a significant disincentive.  For the first offense, players sit for 50 games without pay.  The second mandates a 100-game suspension.  The third is a lifetime ban.

Baseball will be troubled by the cloud of chemistry until the pain of violating the rules outweighs the benefits.