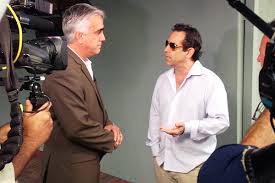 Today on 1070 the Fan in Indianapolis, Dan Dakich talked about how Biogenesis head Tony Bosch is a “Bag”. and of course he’s right.  Hard to argue against that designation being thrown at a guy who only tells the truth when threatened by doom and ruin.

I realize there is a contradiction in extolling the virtue of truth, and condemning those who rat.  Here is the distinction; those who tell the truth without reward should be applauded.  Those who talk because they escape persecution, prosecution, or financial consequence are rats, and rats are always douchebags.

I will also add those who profit disproportionately because of the work of others who receive no compensation whatsoever – that is almost every BCS football and men’s basketball coach, but I’ll pick a representative of each sport who will stand for all.

Dan said that the guys with the long greasy hair and long sleeve shirts open at the collar are always bags, and I can’t think of any exceptions to that rule.  Not all of the members of this list have similar features, but most have tried to elevate themselves of their game or team, and some have hair issues other than long and greasy.  Some I simply dislike for purely reasons that are not substantive at all.

10. (Tie) Chris Anderson/Kris Humphries  I find Anderson’s outrageous appearance and nickname to be off-putting.  He’s an energetic member of the soon-to-be repeat NBA champion Miami Heat who comes off the bench.  The tattoos and hair are affections that scream “LOOK AT ME!”  He should let his play do the talking.  The other Kris was granted a divorce from Kim Kardashian, serial sex toy for the famous.  Her only talent is fluid removal from the famous, and choosing a bride based on that betrays a common weakness among men.  That I can forgive, but appearing on her reality show launches him into a tie for tenth on this list.

9.  Tom Brady  This one is purely personal.  I have no first person stories about this guy.  He might be the nicest man in the history of professional sports.  He simply has amassed too many assets to be a guy with whom I want to spend time.  His hair pissed me off for a while.  He’s married to Gisele Bundchen, and recently moved into a 22,000 square foot castle with a moat.  And he’s one of the best quarterbacks in NFL history.  That is too much good fortune for one guy, and if resenting him for that makes me a douche, so be it.

8.  Bobby Valentine  His self-immolation as manager of the Boston Red Sox really wasn’t Valentine’s fault.  He was horribly ill-suited for the position when he was hired.  Still, his bizarre combination of arrogance and insanity caused mayhem with the Red Sox.  Valentine keeps getting jobs despite never winning a division in 16 years as a manager and a career 1186-1165 record.  He believes he knows it all, but in 2351 games running MLB teams, Valentine has proven himself as thoroughly mediocre.

7.  Jay Cutler  My only gripe against the Bears quarterback used to be his hair.  The crewcut on the sides and back with floppy on top that Cutler wore in high school and college was unexplainable.  I know he grew up between Tell City and Boonville, IN, but that’s no excuse.  The reason for Cutler being a top ten douchebag is for getting two Loyola basketball players thrown out of Houndstooth Saloon in Chicago.  The two players were riding him a little bit about being the fourth best QB in the NFC North as Cutler sat with White Sox second baseman Gordon Beckham and Bears tight end Greg Olson.  Instead of coming over and diffusing the situation like an adult, Cutler called over the manager and asked for the Loyola players to be removed.

6.  Nick Saban  Saban makes $5.6 million for leading the Alabama Crimson Tide – the football version of, well, maybe the New York Yankees are baseball’s version of the Tide.  He also makes some bonus cash, so given the #3 name on this list, Saban almost has to be included here.  He seems like a solemn guy, and not enjoying success makes success valueless.  My argument here is admittedly weak, but I would rather be wrong than a hypocrite, and if Calipari is on the list, Saban must be.

5.  Ryan Braun  When you get caught, take your medicine.  My Dad taught me that lesson.  Braun was caught with bonus testosterone in his system, and attacked the poor schlub paid to FedEx the sample to the lab.  When asked about Tony Bosch from Biogenesis and his apparent agreement to name names of those who have received PEDs to Major League Baseball, Braun answered like an attorney, “The truth hasn’t changed.”  Only a douchebag answers questions like in that way.

4.  Pete Rose  This guy only tells the truth when paid to do it.  His track record as a human being is miserable, and the stories of his  aberrant behavior are legend.  One thing that I witnessed was on an off day for the Reds while I was in high school.  There was a book about the Reds that had just been published titled “The Royal Reds” that he was signing in Louisville.  A kid who might have been seven waited in line for Rose to sign a ball.  The rule was you had to buy the book to get an autograph, but the little boy waited in line without one.  When he got to the front just ahead of me, Rose barked, “Gotta buy a book.”  The kid was crushed and held the ball out, and Rose stared at him, “Gotta have a book.  Next.”  The kid lowered his head and left the store.  That is the work of an unrepentant douchebag.

3.  John Calipari  “Cal” makes $5.2 million plus bonuses for gathering and leading a group of mercenary pros-in-waiting.  I’m not going to get into the one-and-done stuff or the fact that he seems to attract a disproportionate number of top 10 recruits.  The thing that lands him on this list is the fact that the guy has a base salary of $5.2 million, and had the balls to ask for bonuses related to the success of the program.  Kentucky was stupid enough to add them to the deal.  If someone is paying you $5.2 million per, say thank you and deliver what they are buying.  To require more for excellence is evidence of douchebaggery.

2.  Lance Armstrong  By all accounts, Armstrong is a jerk whose lone mitigating factor has been the ability to raise money to help fight cancer and emotional support for that disease’s victims.  He has admitted to being a liar and cheat.  That others in his sport behaved similarly doesn’t excuse it.  What makes him one of the all-timers is the way he supposedly threatened his teammates for not participating in his network of deceit.  One of the nicest guys in the world, Dan Coyle, wrote a book about Lance and has very little good to say about him.  That’s enough for me.

1.  Tony Bosch  The head of Biogenesis has the unique combination of being a rat, the hair, the clothes, and the smugness make him the poster boy for douchebags everywhere.  Like most douchebags, Bosch’s life has unraveled right in front of his eyes to the point where he is compelled to talk to Major League Baseball about his former customers.