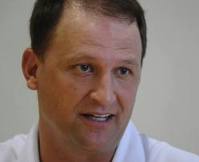 My wife’s family lives in northwest Indiana, and they saw my name in a piece in the Gary Post-Tribune about 1070 the Fan radio host Dan Dakich.  It’s nice when the in-laws are provided evidence of something positive being done by the husband of the youngest of eight Purcell kids.

The Q&A with Dan dealt in part with how he got into radio, and while it’s true that I hired him, the credit for him being the guy trusted to host the 10a-1p slot on the fledgling station belongs to him.

No one in their right mind would have passed on a talent with the attributes Dan brings to media.  I tried to hire him to do a game day call to WIBC in 1994 based on his behavior over a couple of beers at Nick’s in Bloomington or during a visit or two to Chicago, where I lived until 1993.

From that point forward, I would have hired Dan – or found a way to get the program director to hire him before I had the authority to do it myself.  He happened to leave Indiana University in 2008 at the exact moment I was looking for someone to fill the 10a-1p slot.  Serendipity was sweet for both of us.

Dan has four abilities that made him a can’t miss talent.

Dan did a really smart thing that I’ve talked about before during his “Falcon Basketball with Dan Dakich” show.  When Dan got bored, he did something else.  Most coaches just sit and answer questions without any regard for the audience or for his own desire to entertain or be entertained.  It’s drudgery for the coaches and the audience.

One weekend, Dan introduced a segment called “Dan Asks Dan,” which was more illuminating and fun than what had been elicited in the past by the host of the show.  Dan explained that he felt the answers to the questions he asked himself in the car on the way to the studio were often better than those in response to the host, so Dan decided to interview himself.

“Dan Asks Dan” was funny and informational, but more than that, it showed a need to be interesting and a revulsion to tedium that is at the core of every great radio show.  Great hosts cannot tolerate being bored.  Brandmeier, Limbaugh, Mancow, Stern, and others would rather be hit by a beer truck rather than be bored, and they trust that if they’re not bored, listeners won’t be either.

Dan continues to entertain and inform every weekday from 12p-3p, and as long as he does, Indianapolis will have a place where they can hear original thoughts on sports and entertainment presented in a compelling way.

For those of you who want to be hosts, learn these two lessons from Dan – always know what you are talking about and never be boring.

Hiring Dan was one of the half dozen really easy decisions I’ve made in hiring, and if it makes me look like a smart guy to my in-laws, all the better, but I hope one day he returns to coaching.  There are a lot of self-interested coaches being trusted to lead teens into adulthood, and he’s not one of those guys.  Kids deserve a mentor like Dan who commits not only to teaching young men about basketball, but helping them become productive adults.

Or maybe the radio show gives him a broader medium to allow him to teach masses what it means to be who you are and tell the truth.