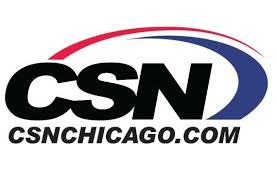 It’s hard to tell whether the Chicago sports media is littered with morons, or if they’re nesting in the pockets of Cubs executives who are understandably averse to being outed as free spending and irresponsible.

To suggest Matt Garza should be given an extension paying $15-million per year is only explainable by one of those options.

Everything the Cubs had done prior to the signing of pitcher Edwin Jackson seemed designed to build for the distant future – an understandable counter strategy to the win now boobery proffered as an answer to entrenched mediocrity by general manager Jim Hendry from 2003-2011.

The Cubs were hamstrung by horrifying deals with players assembled like a nine-year-old’s fantasy baseball team.  Alfonso Soriano, Aramis Ramirez, Carlos Zambrano, Milton Bradley/Carlos Pena, Kosuke Fukudome, and on and on and on made building an immediately competitive roster impossible. The farm system, as thin as it was, was used by Hendry to acquire more mediocrity.

When owner Tom Ricketts spent big to attract supposed young geniuses Theo Epstein and Jed Hoyer, the company line was that the Cubs would suck for awhile as the farm system was restocked with prospects – a process that would take years.

Okay, that I get.  Undoing the harm wrought by Hendry would be a longterm process.

Then, the Cubs overreacted to a dearth of pitching after the 2012 season as they signed the thoroughly mediocre Edwin Jackson to a four-year, $52 million dollar contract.  The Nationals had signed Jackson the year before to a one-year, $11 million deal after Jackson helped the Cardinals win a World Championship.  The Cubs are Jackson’s eighth team, and he won’t turn 30 until September 9th, but the Cubs decided to affix his value two million higher than the 2012 deal because of his 10-11 record for a team that finished 34 games over .500.

Last night, panelists on Chicago Sportstalk Live advanced the notion that starting pitcher Matt Garza should be signed to an extension to the tune of $15 million per year for three years, and I yelled a string of creatively combined obscenities at the television.

The media has a responsibility to use their brains and cry “Bull**it!” when the stooges in charge try to pass off idiocy as nonsense.  This is true in government, business, and sports.  The media are supposed to figure things out for those with real lives who don’t have the time.

Thank God for the Chicago Sun-Times Cubs beat reporter Gordon Wittenmyer, who scoffed at the question of a Garza extension, saying that the Cubs were shopping Garza with vigor.

Of course, the Cubs should shop Garza.  They have no chance to contend in the National League Central for until 2016 at the earliest.  The Cardinals are stocked with talent at every level, and as long as Yadier Molina is healthy enough to squat, they will have a catcher with the ability to get the most out of the pitching staff.  Catching the Cards is going to take a lot of time.

Garza’s value will never be higher than it is at this moment.  He’s 4-0 in his last five starts, yielding only four earned runs in 37 innings.  This run brings Garza’s lifetime record to the very definition of mediocre – 62-62.  A free agent after the season, Garza is a perfect low-risk rent-an-arm.

There is another bad reason for the Cubs to consider keeping Garza – if they tender Garza a one-year contract at $13.4 million following this season, but he signs elsewhere the Cubs would be do a compensatory draft pick first round pick.  That’s what the Cardinals did after last season with Kyle Lohse.

The difference between Lohse and Garza is that Lohse was entirely healthy, while Garza is one pitch away from a shredded elbow which would render him valueless – or at least far less valuable than the $13.4 million needed to kick the draft pick comp into effect.

To suggest that Garza is worth exactly the kind of inane risk that defined the last five years of Hendry’s tenure shows an intellectual frailty that explains the reason viewers/listeners/readers have lost all respect for a lazy media that believes noise = insight.

Chicago sports fans deserve much better than was offered last night on Comcast, minus the very good Wittenmyer.

[Dave Kaplan was off last night.  He is the usual host who seems to normally have his head screwed on straight.  Without him, the inmates lost their minds.]