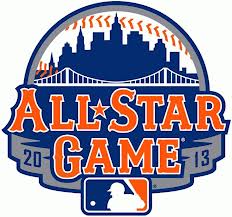 If players don’t care about who wins, fans are smart enough to not care themselves, and fans are caring less about Major League Baseball’s All-Star Game than ever.

Baseball sees the erosion of interest and tried a few years ago to gin up some passion in the players inserting home field advantage in the World Series as the stake.  Given that no one in the game has a reasonable expectation of playing in the series (it includes only two of the 30 teams), it showed itself to be a useless contrivance.

But I am here to help baseball find meaning in this showcase that should be a launching pad for fan interest.  If commissioner Bud Selig wants all-stars to play hard – to play like the result matters – a cash infusion will get that done.

For the price of a roster spot eater per team, baseball could offer each player, manager, and coach on the team that wins the All Star Game a check for $1,000,000.  For the losers – it’s Gene Wilder in Willy Wonka – “You lose, You get nothing!” (All credit to Michael Grady and Joe Staysniak for using that clip when a caller loses a contest on 1070 the Fan.)  For a million bucks, guys would go at it like a battle to the death.

The game would become a spectacle unlike anything American sports had ever seen.

The problem would be the same the the NFL has with the Pro Bowl.  No one wants one of the best players in the game to get hurt in a meaningless exhibition.  To inject meaning into the game would compel effort, and that’s when guys get hurt.

So better for everyone but the fans to leave the game as a meaningless exhibition that fewer and fewer people watch despite it being virtually unopposed as a TV option.

Back in the day, watching players who never faced each other during the regular season was a curiosity.  Reggie Jackson vs. Bob Gibson, Willie Mays vs. Whitey Ford, Mickey Mantle vs. Sandy Koufax, and Stan Musial vs. Bob Feller were must see TV.  Max Scherzer vs. Carlos Beltran and Matt Harvey vs. Miguel Cabrera will not give America goosebumps.

Today, relentless interleague play provides routine match ups between all major leaguers, so there is no unique property around which this game can wrap itself.

“Tonight, watch baseball’s best play like the result of the game doesn’t make any difference!” is not much of a pitch for viewers.

The MLB All-Star Game has become nothing more than a choreographed exhibition among men with a level of interest in the outcome matched in casual co-ed softball leagues.

People can only fall as far as the ground will allow, television ratings cannot go below zero, so the free fall will stop at some point.  Hell, people watch the horror of Honey Boo-Boo and her family, so there will always be some who choose to spend a Tuesday evening in July watching a game that counts for nothing played by men who know it.

But that number is falling steadily.