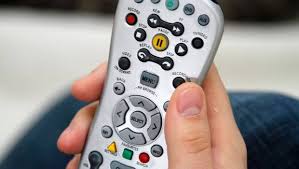 Our mothers, grandmothers, aunts, and dainty ladies throughout America are paying an annual tab of $60.72 for ESPN which few ever watch, and it’s only a matter of time before they figure that out and pull the plug on Comcast, UVerse, DirecTV, Brighthouse, Insight, Dish, and other carriers.

Add what they pay for Fox Sports, and the various regional sports networks on the basic tier of stations, and the outlay will be even more troubling for media consumers who have zero interest in sports.

Just as water finds its level, economic realities will be brought to bear on the business model that feeds billions to media companies whose rights deals have artificially inflated the values of major league franchises in all sports – even MLS.

Fairness is not offered by business owners, nor in this case demanded by consumers.  But when the average monthly cable/satellite bill is $85 per month, and there are alternatives delivered by web based providers that cost less than half that to aid people in killing time between dinner and bedtime, the winds of change start blowing.  Add over-the-air network affiliates that can be accessed forever for the cost of an antenna, and it’s only a matter of time before even the laziest Honey Boo-Boo devotee figures out the screwing she’s getting.

Confusion is the friend of the crooked, and there are few business models as confusing as that which fuels sports media and thus sport leagues, teams, and players themselves.  You think that Alfonso Soriano’s bloated and idiotic deal paying him $18-million per year is covered by gate receipts – not quite.

Here is a very quick primer as to how this madness works.  Media companies like Disney, CBS/Viacom, Fox, and others bundle their offerings in negotiations with cable/satellite companies, so that a company that wants to offer the Disney Channel or ABC Family on the basic tier must also accept the terms offered for the ESPN family of networks.  Because of that, all consumers must pay for sports programming, and the rates are quite high – $5.06 per month.  This is also why the Big Ten Network needed to partner with Fox.  As a standalone, the BTN had no hammer to mandate inclusion as an offering.

Of that money, a significant amount goes straight to the leagues who sign a rights agreement with ESPN.  There is a cute tool at the What You Pay for Sports website that allows you to calculate how much money of your cable/satellite bill goes directly to the NFL, MLB, NBA, and even MLS.  If you only take ESPN and the TNT/TBS combo, you pay an annual subsidy to the NFL of $11.  MLB gets $5.11, and the NBA gets $9.33.  If it makes you feel any better, MLS gets only nine-cents.

Because of the construct of the current business model that takes advantage of the limited number of media tunnels into your home, that tab is paid whether you watch a single moment of a game.  The leagues and networks hope like hell that the difficulty for people who watch the Discovery Channel, History Channel, and USA Network outweighs the financial pain inflicted by the media bill they receive each month.

ESPN makes a ton of money, and uses it to craft mutually agreeable rights deals so their programming becomes more and more indispensable.

According to an interview with ESPN President John Skipper, ESPN’s formula for success is two-thirds subscription and one-third advertising.  There are comparatively insignificant amounts driven by radio, digital, and magazine advertising, but those vehicles are more about branding that dollars.

To extrapolate media economics to let’s say the grocery business, imagine going to the Kroger to buy a gallon of milk.  The cashier tells you that the tab is $42 dollars because you must buy $38 worth of hotdogs, wine, ramen noodles, and aluminum foil.  You explain that you don’t want that other crap.  The cashier says, “Then you don’t get no milk!”

So how, why, and most importantly when will the bubble burst, and the tremendous influx of cable cash going to dry up?

It’s all about more diverse delivery systems allowing more choices that will dilute the value of the cable deals with the networks.  Companies like ESPN are way ahead of this, and will adapt to the inevitable a la carte menu without much difficulty.  ESPN3 has been online for a couple of years, and allows subscribers to watch damn near anything they want.

The problem with a la carte pay-per-view or an ESPN3 with direct subscriptions is that today the cable content providers are being paid by roughly nine times the number of people who actually consume their product.  To maintain their current $6.5 billion in revenue from subscriber fees, ESPN users would need to need to pay $650 per year instead of $65.

That price point would drive a significant number of people out of the ESPN audience, which would cause advertising rates to drop and completely replate the scale upon which rights fees are derived.  As rights fees drop, so would team revenue, and those losses would require a downward adjustment of player salaries.

This recalibration of the business model won’t be fatal, but by eliminating non-sports fans from the subsidizing pool for televised sports programming, the axis of the media planet will shift and the climate will change – not for the better for anyone but consumers.

Add to that the slow but steadily rising number of people who are unplugging in favor of internet delivery systems like Netflix, Apple TV, Hulu, and others who are syphoning consumers at the rate of one million per year and another source of trouble is coming at a snail’s pace.  It will take a few years for that level of loss to matter, but with the plethora of products offered via the web by any nut with a couple of grand for the stuff needed to execute his or her vision of creative content, every viewer lost represents lost cash that won’t be recovered.

The key to the survival of networks and cable satellite providers, just as is the case for television, radio, and print is the ability to create unique content.

Let’s take the Big Ten Network for example.  The unique products that make the Big Ten Network a viable platform are the football and men’s basketball games.  The rest of the programming is a useless hodge-podge of non-revenue sports watched only by family and friends and historically entertaining games from previous seasons.

With the Big Ten expanding to include Maryland and Rutgers, the Big Ten Network could be a basic tier entry in DC, Baltimore, Philadelphia, and New York at $1.25 per household.  That’s not a whole bunch of money to individual homes, but if people pay for use, the pro rata cost of watching a game would be more than the price of a ticket to the game.

At some point, consumers are going to figure all this out.  Prompted by an outraged friend, I re-attached the HD antenna we’ve had in the attic for ten years, and the picture and sound are much clearer than the best of what UVerse offers.  With a Smart TV, I won’t have a lot of use for UVerse at all.

Three years ago, I invited some guys from the sports staff of Indiana University’s newspaper out for a beer to talk about how they consumed media.  When they told me that they didn’t subscribe to cable, I thought they were crazy.  They explained that they are able to watch whatever they like through their laptops.  As usual, college students had the game figured out long before the typical adult consumer.

As with conference realignment, the evolution from what is to what will be is going to take a long time, but the immutable rules of consumer economics will continue to close the gap between the cash printing media revenue model of 2013 and people paying a fair price to not watch channels in which they are not interested.