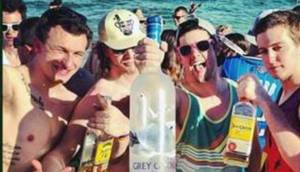 Manziel (left) in an instagram picture from spring break.

Spending cash before it’s earned is how families wind up renting TV’s, toasters, and recliners. Texas A&M Heisman Trophy winner Johnny “Football” Manziel is corrupting his ability to earn millions in the NFL and through endorsement deals on a weekly basis by acting like an idiot.

Manziel was reportedly asked to leave the Manning Passing Academy, where he was serving as a counselor until Saturday.  Online reports assert that Manziel went on a Bobby Layne-esque bender, and was too hungover to function.

The Manziel camp claimed dehydration and illness, but there were pictures of him enjoying himself in College Station on Saturday night.

This episode come only a couple of weeks after Manziel tweeted that he could not wait to leave Texas A&M, and then this morning pleaded guilty to failing to properly identify himself to police after a fight on June 29, 2012.

Four weeks ago, Manziel found himself in hot water after some irresponsible tweetage “Bulls— like tonight is a reason why I can’t wait to leave college station…whenever it may be.”  Yikes.  Don’t press send is the advice Herm Edwards gives NFL rookies, and Manziel should have heeded it.

Manziel then tried his hand at apologizing with results that were more inflammatory than the original, “Don’t ever forget that I love A&M with all of my heart, but please please walk a day in my shoes.”

Yeah, tough gig as a freshman Heisman winner.  I can’t imagine the level of strife that has 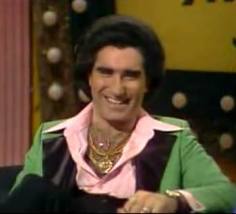 As repellent as character as Bobby Bittman was on SCTV, I somehow made him less likable and repelled women in droves.

made Manziel’s life so miserable.  I’m guessing a Heisman is a pretty good prop with which to impress co-eds, but I wouldn’t know.  My efforts to impress girls included a killer impression of SCTV’s Eugene Levy, which led to a series of epic failures that left me wondering if Eugene himself ever had a girlfriend.

How about Manziel spends a day walking in someone else’s shoes?  Go to the computer science lab at A&M and swap spots for an hour.

There is no quicker way to engage the judgmental side of American sports fans than to ask for their empathy.

Because we are here to help, we have some advice for Johnny Football that will aid him in developing the perspective needed to allow Americans to see him as something other than an adolescent, petulant, and self-immersed ass hat:

Living life as a Heisman Trophy winner is only hard if you are doing things you shouldn’t be doing if you weren’t.