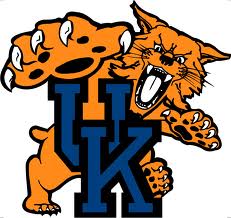 At Coach Cal dot com, a post went up today that should silence all the people crapping on John Calipari and the University of Kentucky for existing only as a launching pad for NBA bound 18 year olds with no interest in education.

The Kentucky Wildcats were one of 97 NCAA Division I, II, and III, NAIA Division I and II basketball programs to earn the National Association of Basketball Coaches first Team Excellence Award given to basketball teams with a “cumulative grade point average of 3.0 or better for the 2012-13 season.”

You know who did not earn this honor?  Not a single Ivy League school.  You know who else was not included in this list?  The entire Big Ten and ACC.

The rest are schools like Coe College, Endicott College, and Hope College.  All are fine schools with fine basketball programs filled with hard working athletes, most of whom will never play professionally, much less in the NBA.

In order to receive the award, the programs must simply declare that they have earned it.  Those who miss the notification to submit, simply don’t find value in awards of this type choose not to participate, or do not qualify are not listed.

This Team Academic Excellence Awards are a wonderful acknowledgement for the academic work done by student-athletes.

There is no audit of academic standards at the universities, or a sliding scale for the programs that encourage players to engage by the NABC.  That’s not their job.  They just want to give a nice award to schools who appear to be pursue scholastic ideals with the same zeal they pursue success on the hard court.

Calipari was quoted on Coach Cal dot com, “I’m proud of the hard work our guys have put in both on and off the court.  When you come to Kentucky, you are either going pro or getting a degree — or both. We call it the success rate, and right now we’re batting 100 percent. When you run a players-first program, it’s not just about loving to play basketball; it’s about teaching our kids the love of learning.”

I’m all for the student-athletes doing great work wherever they are.  I think the acknowledgement by the NABC is appropriate, but for Calipari to extoll the virtues of his program as “players-first” elevates his blather to beyond nauseating.

His players are paid nothing and Calipari takes home better than $5 million per year.  To call Kentucky Basketball anything other than “Coach Cal first” is abject lunacy.

To the players who are doing everything they can to maximize the non-basketball part of their lives in Lexington, congratulations, but always remember that it’s Calipari who owes you for your work, not the other way around.