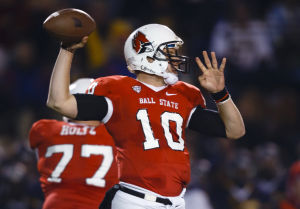 There is a positive buzz in the air for Ball State’s 2013 football season, which kicks off tonight in Muncie against FCS school Illinois State (7 p.m., ESPN3).  The Cardinals return a core of very skilled offensive players led by quarterback Keith Wenning, a fourth year starter and 3,000 yard passer in 2012.

With the overall production of Wenning, a wide receiver group that includes Willie Snead, Connor Ryan and Jamill Smith, tight end Zane Fakes, power running back Jahwan Edwards and change-of-pace back Horatio Banks, the reason for such a positive outlook is warranted.

Another key reason for optimism is this team is coming off a 9-3 regular season last year, playing a schedule that only included five home games, zero games against FCS schools, three games against BCS schools and a group of schools that included Clemson, Northern Illinois, Kent, Ohio and Toledo – all nationally ranked at some point. This year’s schedule is not as tough on paper, yet, I think 9-3 could still be regarded as an accomplishment.

In 2012, the MAC produced what many considered to be the best year the conference has ever had. With power ratings that put it right around the ACC and NIU going to the Orange Bowl (much to the chagrin of many nationally), it’s hard to argue.

Yet, one thing I’ve heard people say is, “If Ball State is supposed to be that good, then why are they only picked to finish third in their own division?” The obvious point that question reveals is that many fans and casual media types outside of the MAC still don’t give the conference the respect it deserves.

The reality of picking Ball State to finish third lies in the fact that, as good as they might be this year, Northern Illinois and Toledo – both division rivals – are just as good or better. All three teams, along with Bowling Green and Ohio, are essentially ranked in the top 50 (Bowling Green, No. 52, thus the “essentially” part of that statement) in Paul Myerberg’s USA Today preseason breakdown of 125 FBS schools (College Football Top 125 Countdown).

And as good as the aforementioned offensive skill players are, Ball State will have to answer the bell in a couple of key areas.

The Cardinals lost four of five starting offensive linemen from last year’s team. That’s no minor point when considering just how good BSU was offensively in 2012, a year in which they consistently ranked in the top 25 nationally in total offense and rushing. How the offense produces this year behind a revamped, young line will be interesting to watch. That line may be asked to to carry a heavier burden early as Wenning works his way into top form after undergoing microscopic surgery recently. 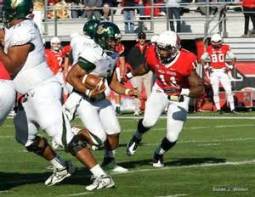 Another area of concern is the defense. The very bright side is defensive end Jonathan Newsome, an Ohio State transfer, and tackle Nathan Ollie should have huge years. They will lead a very capable front line that will be the anchor of the defense. But a lot of questions lie behind them. A porous secondary was a big reason the Cardinals surrendered more than 30 points per game in 2012. While the MAC didn’t get it’s “MACtion” nickname for having exciting, stellar defenses, Ball State needs to improve in this area if it has any shot of winning the conference.

Ball State will take it’s first shot of the 2013 season against Illinois State. While Illinois State is an FCS school, the roster is littered with FBS transfers, including quarterback Jared Barnett, who led Iowa State to an upset in 2011 over then No. 2 Oklahoma State. The Red Birds are ranked No. 3 in Myerberg’s preseason list of top FCS schools and No. 10 in the Associated Press poll.

The game could provide a better barometer of where the Cardinals are than some think.

Why all of the Ball State watch talk?

The athletics department didn’t miss an opportunity to promote the fact that Ball State players are on several watch lists. I don’t know what it all means, but hats off to them for creating a cool promo graphic. 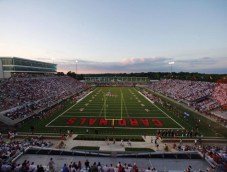 ng for a reason to get out and enjoy a nice college football atmosphere at an affordable price, mark your calendar for a couple of September dates:

Saturday, Sept. 7 vs. Army – Any day inside a football stadium with a service academy is a good day.

Saturday Sept. 28 vs. Toledo – This should be a good dose of “MACtion” with conference title implications.