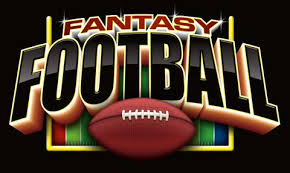 Julian Edelman was the number one receiver for the New England Patriots on Sunday. Let that set in for a minute. Starting today, and every Wednesday forward, I will offer my best advice for your fantasy football team. Do you sit Maurice Jones-Drew? Do you sit Chris Johnson? What do you do with Eric Decker?

Sit Maurice Jones-Drew against the Raiders:

I know Jones-Drew is the Jaguars best offensive weapon. I also know he is one of the top running backs in the league when he is healthy. “Mo Jo” is healthy, however, his team is anything but. Also, the Oakland Raiders defensive looked good against the run on Sunday against the Indianapolis Colts. I know Vick Ballard and Ahmad Bradshaw aren’t Jones-Drew, but the Colts have more weapons which should’ve opened the door for the backs, and didn’t. Sit Jones-Drew if you have an above average flex running back.

Johnson didn’t do much for fantasy users week one against the Pittsburgh Steelers. Now CJ2K travels to Houston to take on JJ Watt and the Texans. Brian Cushing is also back for the Texans who look to improve to 2-0 on the season. Johnson’s value is low this week for some of the same reasons it is for Jones-Drew. Jake Locker doesn’t scare you at quarterback. The receiving core is better in Tennessee, but still not enough to make you take guys out of the box against the run.

New Orleans has plenty of fantasy options, but Brees’ favorite target is still Sproles. He is the security blanket, and gets plenty of touches in their high-powered offense. Unless your team includes Adrian Peterson, Doug Martin, and Alfred Morris on the same team, start Sproles at running back or flex. Sproles is never going to get tons of carries, or the goal line opportunities, but he gets a lot of receiving yards with potential for big plays.

Hilton had horrible fantasy stats against the Raiders in week one, probably causing his fantasy owners to panic. Do not panic with T.Y. the Colts tried to prove they could line up and run the ball, employing a lot of two tight end sets, which takes Hilton off the field. Expect offensive coordinator Pep Hamilton to get Hilton more touches this Sunday. Last year against the Dolphins, Hilton had a huge game going for 102 yards on 6 catches, and a touchdown. The only cause for concern is Cameron Wake coming rushing off the end against the Colts, but I expect Hilton to bounce back.

This one is pretty simple, Johnson is E.J. Manuel’s favorite target, and the Carolina secondary while much improved is still shaky against the pass. Johnson isn’t going to get tons of catches, but the big play ability is there. Johnson caught a touchdown last week against the Patriots, and Carolina gave up a long touchdown pass against Seattle.

Some guys worth a waiver claim pickup:

The tight end looked great against the Baltimore Ravens, and Peyton Manning looked his way a lot.

Brown emerged as the number 2 receiver for the Ravens after Jacoby Ford went down with an injury, caused by his own teammate.

Find a replacement if you have:

Pettigrew had two catches against the Minnesota Vikings, for 6 yards, and he had a fumble. Pick up one of the tight ends on your waiver wire if Pettigrew is your starter.

Ball was drafted high in most rounds, but he didn’t produce anything for the Broncos in week one. The Broncos are going to throw it around, and Ball by all accounts isn’t great in pass protection, which is key with Peyton Manning.