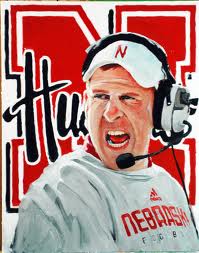 There should be a buffer between powerful people who can’t keep their inner-thoughts from spilling from their mouths.  Rolling tape on a volatile person when they don’t know they are being recorded is classless.

None of that excuses Nebraska head coach Bo Pelini from going off anywhere near a microphone in the way he did about journalists and fans two years ago prior to his postgame interview on the network broadcast of a game against Ohio State, but people deserve an opportunity to say something ridiculous once in awhile without it being posted online or broadcast.

Deadspin released the recording of Pelini’s comments that a disgruntled Cornhuskers fan had stored away since 2011 as an audio pipe bomb designed to get him fired.  After the loss to UCLA last Saturday, the source pressed send, and now we can all hear the profane venting of a coach pissed off at the world.

And people wonder why coaches cheat to gain an advantage.

Pelini says his comments “were spoken in a private room following the Ohio State game,” but there should never be an expectation of privacy when smart phones might be present.  They are also exceptionally adept recorders, and the audio can be shared on social media immediately after recording stops.

The only thing that keeps people from being humiliated by their own words each day is the trust that what we say won’t be shared, which for public figures is becoming a pretty dumb notion.

Gotcha media is the stuff that Deadspin profits from, and that’s a shame.  People like it when the curtain is peeled back to reveal authenticity, and visiting Deadspin is a very economical way to do get a fix.  The conscience that used to guide coverage has been destroyed by websites like Deadspin that care nothing about people, just profits and page views.

The hunger our society has for hearing and seeing people act like boobs is shrinking the world, and is making it very difficult for anyone to have a private conversation.  People are in constant fear of sounding like idiots and losing their jobs, and as a result spend a lot of time talking without saying anything.

For instance, hear is the statement Pelini released through the university:

“I want to sincerely apologize for my comments from two years ago which became public today. I take full responsibility for these comments. They were spoken in a private room following the Ohio State game. I was venting following a series of emotional events which led to this moment. That being said, these comments are in no way indicative of my true feelings. I love it here in Nebraska and feel fortunate to be associated with such a great University and fan base. I again apologize to anyone whom I have offended.”

The mistake people make in releasing their apologies is they are never as compelling as the statement or action for which the apology is necessary.  What Pelini is really means is, “These bastards who put out the audio from a private conversation are gutless weasels, and I would say the whole thing again under the circumstances.  It’s a damned impossibility to do the job here with the constant din of sniping by the media and fans.”

“I am aware of the publication of Coach Pelini’s comments, I am disappointed and in discussions with Shawn Eichorst about addressing the issue.”

What Perlman means is, “I’m going to lick my finger, stick it in the air and see which way the wind is blowing, and then act accordingly.  Like all administrators, noise annoys me, and I will do what it takes to silence it.  If it stops on its own, Pelini will still have a job.  If this chaos doesn’t pass in 48 hours, which is the standard threshold for administrative pain.  All bets are off if I get a call from Warren Buffett.”

“I am disheartened and disappointed by the 2011 comments published today attributed to Coach Pelini about our dedicated and passionate fans and supporters. I have spoken with Chancellor Perlman and I have addressed the situation with Bo and expressed our deep concern.”

What Eichorst means is, “As soon as I heard the audio, I immediately ran to the chancellor to find out how he would like me to act because I do not want to be the next Tim Pernetti (the AD from Rutgers who was fired over his handling of the Tim Rice scandal despite doing nothing wrong other than following the specific instructions of Rutgers counsel).  What the chancellor says goes, and I will stay happily out of the line of fire.”

All this because a Cornhuskers fan with some damning audio decided the timing was right to press send.