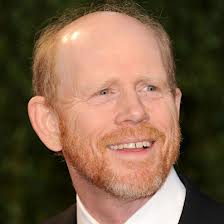 Fox 59’s Chris Hagan got a chance to sit down and talk to film director Ron Howard about his latest project “Rush”, and all credit goes to Chris for being able to keep his focus.

The voice and laughter of a TV and film icon like Howard would be impossible for me to hear and not respond to.  There would be no way to hear Opie Taylor, Richie Cunningham, or the narrator from “Arrested Development”, and continue to respond with reasonable questions.  My brain would seize from hearing and seeing it live.

Howard’s films are usually pretty good, and some have been great.  He understands how to visually depict human behavior in a compelling way as well as any director since Frank Capra, and his treatment of the rivalry between Formula One racing greats Niki Lauda and James Hunt during the 1976 season is supposed to be incredible.

But the interview, while interesting if you are looking for a reason to go to the movie, is great because it shows Hagan at his best.  He genuinely likes people and makes them very comfortable in sharing their thoughts.

I do a radio show with Hagan each week on 1070 the Fan in Indianapolis, and he makes it easy and comfortable – just as he makes this interview easy and 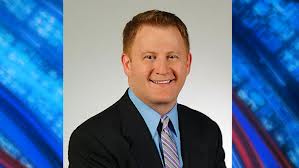 At the end of the interview, Hagan told Howard that he would see his friend Jeff Gordon the following day.  Howard asked Hagan to say hello.  Hagan asked why Howard doesn’t do it himself as Hagan shoots the video with his smart phone.  Vintage nice guy Chris Hagan getting a huge Hollywood director to do something fun for a friend.

Throughout the interview, Howard sounds relaxed and interested in the conversation he shares with Hagan.  That’s what Chris does really, really well.  People say interesting things to Chris because Chris is interested in what they have to say.

We give each other a little crap every Saturday, but the truth is that Chris is really good at his job and you can hear how good in this interview.