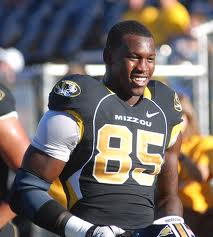 Aldon Smith will begin learning about himself, and how football is only a part of who he is. Sadly, this may be the first time he’s thought of himself in that way.

Of course, there was a problem.  Aldon Smith has been arrested twice for DUI in the last two years, is being sued by a party guest who was shot at his house, and has never shown the same ability to police his own activities as well as he gets after the opposing quarterbacks.

Smith is being admitted today in an in-patient facility after playing poorly yesterday in a 27-7 loss to the Indianapolis Colts.  While he had a sack, that was the only play that he made an impact.  Smith has never had a game in his career where he didn’t notch at least one pressure, and after a total of 14 pressures and four sacks in the first two games, Smith was one play away from playing his worst game as a pro.

The 49ers have said that they believed it better for Smith psychologically to play yesterday.  That’s a convenient answer to a much more complex question.

Football is an important part of Smith’s life, and if he’s like many other men suffering from an addiction it’s likely the one place where he feels in control.  To play prior to leaving the team to try and get well may have been the thing the 49ers felt would be best for Smith.  Or, it may have been a position they talked themselves into embracing because Smith can have a massive effect on the result of a football game.

That he didn’t play well yesterday was a just result.

Smith’s apology shows he has some work to do, “First off, I wanted to apologize to the team, the organization, my family and everybody I let down,” he said. “I also wanted to let it be known that this is a problem and it’s something that I will get fixed, and that I’ll do everything in my power to make sure that this never happens again.”

First, an addiction is not a problem, it’s a disease, and it doesn’t get “fixed.”  Second, apologizing is fine, but moving on from the guilt associated with behavior resulting from the addiction is key to recovery.

The 49ers could have put their arms around Smith, told him that he is a human being first and a football player second, and walked him into rehab.  But anyone with even a passing understanding of the NFL understands that almost never happens.  There are very few coaches or executives with the basic decency to see their effect on people as similarly important as their ability to win games.  And that’s a shame.

The NFL is a business, and the players are incredibly valuable to their teams only when they are on the field, and Smith’s value to the 49ers and NFL as a human being will decrease immediately to zero once his effectiveness as a disruptive right outside linebacker ends.

What NFL players experience while a valuable commodity as active players isn’t real life.  It’s a bizarre system of enabling and exploitation with a reward system that is completely out of whack.  The players infer their treatment as proportional to their value as people.  When the gravy train ends, real life starts, and going from somebody special to nobody with the stroke of a pen is a cruel and sudden dose of reality.

Maybe through the work Smith does while focusing on his own development as a human being, he will be better prepared for the life he’ll live after the NFL exhausts his physical abilities and gifts.

That would be the best possible result.

In the meantime, the St. Louis Rams will prepare for a defanged pass rush this Thursday.