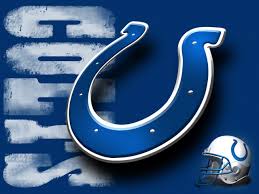 The Colts left horseshoe footprints on the backs of the San Francisco 49ers today.

The Colts coaching staff and front office has been making noise about becoming a power running team, and fans kind of scoffed at the thought.  Who in their right might would take the best young quarterback in football and render his greatest gift inert by forcing him to hand the ball off play after play?

Head coach Chuck Pagano and offensive coordinator earned their money today by outcoaching the fans, and GM Ryan Grigson earned his cash by trading for former Cleveland Browns running back Trent Richardson, who split time with Ahmad Bradshaw in his debut.

Since the 1996 season, the Colts have run for more yards than they accounted for passing in only eight games prior to today – all wins.  Today, the Colts ran for 179 and Luck threw for 164.  The last loss for the Colts in a game when their running game out-gained its air attack was a wretched 16-6 affair in the Hoosier Dome on October 9, 1994 against the New York Jets.  Those who remember it wish they could forget.  Marshall Faulk, Jim Harbaugh, Roosevelt Potts, and Ronald Humphrey combined for 141 yards running, and Harbaugh threw for 95.  The Jets were similarly responsible for 130 yards rushing and 108 yards passing.

Today’s Colts win was an old fashioned ass kicking of what was thought to be a very good football team.  Bradshaw ran 19 times for 95 yards, and Richardson rumbled for 35 on his 13 carries.

That took pressure off of the defense, which played superbly after the first quarter touchdown drive that tied the game 7-7.

I’m not sure the city of Indianapolis is going to be able to adjust to a team that excels at beating opponents by earning a lead and then grinding clock rather than enjoying the thrill of being behind and storming back behind a gun slinging quarterback.  If there is a personality that has affixed itself to the Colts, it’s that of a comeback team.  That goes all the way back to when 49ers coach Jim Harbaugh was Captain Comeback from 1994-1997.

The defense was excellent as the 49ers played without Vernon Davis, who is nursing a hamstring, and Mario Manningham and Michael Crabtree – both on the PUP list – but I’m not sure any or all would have made any difference today.  The Colts looked fast, and other than a couple of passive efforts at tackling in the first half, the Colts hit what they aimed at and brought down ball carriers before they could do much damage.

The next big thing, Colin Kaepernick, whose bust for Canton is already being carved by the media was 13-27 for 150 yards, and those much ballyhooed wheels netted 20 yards on seven carries.  The Colts sacked him three times, and had him penned in throughout (if I were the Rams, who play the 49ers on Thursday, I would spend a lot more time studying the Colts vs. 49ers tape than their own video from today’s debacle against the Cowboys).

This was the kind of overall team win that rarely happens in the star driven NFL.  This game wasn’t about making Sportscenter’s Top Ten, but grinding every single play, maintaining discipline, and being one of 11 doing his job well each play.

After a very disappointing loss to the Miami Dolphins, the Colts looked like a very good team today, proving doubters wrong, and spending nitwits scrambling to heap praise upon them now that they played their most complete game against a well-respected team since 2009.

Last week, the Colts were the worst, and today they were the best.  Next week, we’ll see how they play against the Jaguars.

The nine games including today – all wins – since 1996 that saw the Colts running game out gain their passing attack: