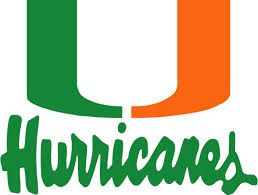 Thirty months of work, people fired because of supposed missteps in the investigation, and a lot of hand wringing have netted a loss of nine scholarships and no bowl ban for the University of Miami’s football program.  With this inflatable hammer of justice whacking the Hurricanes, why wouldn’t everyone cheat on some level.

Former head basketball coach Frank Haith is suspended for five games (at Missouri, where he is now head coach, and former basketball assistant Jorge Fernandez receives a two-year show cause penalty (meaning any NCAA member who wants to hire Fernandez during that period would have to show cause why the NCAA should allow it – basically a two year ban).

If the NCAA ever enjoyed the standing of being the moral standard bearer of college athletics, it isn’t any longer.

With the publication of “The System”, and multiple other media reports about indifference to the rules at member institutions, the reality is that many programs knowingly break rules.  The hope is that the sheer tonnage of of corruptions will be paralytic for the enforcement staff in Indianapolis.

Add to that the moral low ground the NCAA has staked out in forcing athletes to sign away their licensing as part of the process in signing their annual scholarship paperwork, and Mark Emmert’s group continues to marginalize itself as a regulatory agency.

The Miami investigation has been interesting in that the NCAA finally grew a pair, and paid an attorney to question a witness under oath about violations in a deposition regarding another matter.  I thought this a reasonable tactic to get at a truth that otherwise would have gone unexhumed.

Emmert overreacted to outrage, and fired those involved.  In my very narrow sliver of the world, the truth is the key to everything, and the NCAA deciding that those willing to step outside the norm to compel truthful testimony were not worthy of employment made them appear to be more interested in maintaining the status quo than vigorously investigating.

Whatever happens with the Miami determination, it will be meaningless.  The NCAA knows that its ability to govern is being marginalized on a daily basis, and that if they assess penalties beyond those self-imposed, Miami will likely challenge them.

The investigation has taken 2 1/2 years from beginning to end, and it’s this level of glacial justice that allows coaches and other university personnel the freedom to set their own standards for behavior.  At the salary level most big time coaches enjoy, the amount of cash they can stuff in mattresses over 30 months will pay for a lifetime of show cause orders, and with everyone doing it, what are the odds that the NCAA will pick on them.

Only the stupid stay clean, and only the idiots get caught.

It’s like speeding on an interstate.  The speed limits aren’t set at the speed at which people can safely travel, so only the unsafe obey them.  The result is that the drivers who break the law by following traffic travel with impunity, while only the reckless and obedient are penalized – the reckless by ticketing for obvious violations, and the obedient by arriving at their destination long after everyone else.

We tend to blame the NCAA for all this corruption and subsequent weakness in enforcement, but the real guilt lies with the university presidents who have no interest in upsetting a very successful apple cart.  Mark Emmert and the rest of those who are in charge of the enforcement of rules and assessment of penalties operate at the pleasure of those they are charged with governing.  Is it any wonder that construct provides an environment of scandal where the rule book is merely a menu of options for deceit, and those who get caught combine stupidity and arrogance in such a profound way, the NCAA has no choice but to hammer them (see Indiana Basketball in 2008).

Need proof that the university presidents aren’t big supporters of the NCAA’s desire to mete out punishment as they see fit?  Here’s the University of Miami President Donna Shalala from February 18th, “We believe strongly in the principles and values of fairness and due process.  However, we have been wronged in this investigation, and we believe that this process must come to a swift resolution, which includes no additional punitive measures beyond those already self-imposed.”

That’s not a ringing endorsement.

The time has come to shred the rule book, and let the renegades run wild.  It’s the only fair answer to the question of how the playing field can be leveled.  The NCAA is very good at performing the administrative duties necessary for universities to operate programs and in running tournaments, but as an organization trusted to investigate and meaningfully punish, they are massive failure.

That isn’t a specific indictment of the current group, but a statement describing the long history of the NCAA.  Cheating has existed since the rulebook was introduced in 1939, and presidents have looked the other way since the day that followed.