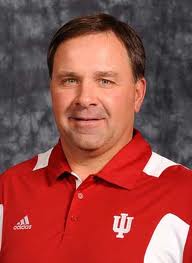 If Indiana wins Saturday against Purdue, the case can be made that another step toward the building of a winning culture will have been taken.

The Hoosiers will be 5-7, a red zone turnover against Minnesota from a trip to a bowl.  There was also a close Navy game, but no sane person could claim Indiana should have won a game in which they earned no defensive stops.

The Bucket Game will be the final game for ten seniors, half of whom contribute significantly.  There will be others with a year of eligibility who will choose to graduate and move on with their lives.  The program will also recoup some scholarships from former walk-ons who were awarded a scholarship for the 2013 season.

Returning players will need to improve, and another solid recruiting class will need to be gleaned from high school and junior college programs to make the crucial year four in the Kevin Wilson Era bear the fruit that might activate a mostly inert fan base.

Boosters, alums, and students have waited a long time for any small measure of success, and the passion that hopefully one day make Memorial Stadium a vibrant place.  Fans are as likely to roll out at halftime as stay, but I think that’s about to change.

Maybe I’m nuts, but I believe Indiana is close to the tipping point that is going to turn losses into wins, and establish the Hoosiers as a good Big Ten team.  When I listen to Wilson talk about the team every Monday, I see a zeal for continuing the process of removing Indiana as a consistent punch line in college football.

Wilson sounds like a coach who is demanding progress rather than hoping for it, and that tenacity will pay dividends because that is the way life works.  The spoils go to those who pursue their vision with tireless resolve, and regardless of whether you appreciate Wilson’s game management, no one can doubt the guy is eager to ram brick walls until they fall.

So how will Indiana go about getting better between the end of the game against the Boilermakers and National Signing Day in February.  Wilson spoke about that this week:

4 thoughts on “Indiana Football – After the Old Oaken Bucket Game, What’s Next for Kevin Wilson and Hoosiers?”