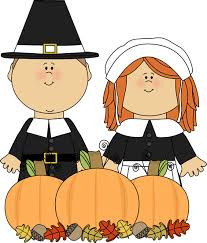 Julie and I are happy as pilgrims in a pumpkin patch this Thanksgiving in Indianapolis.

Life can be complicated.  The bad things that happen to us wind up turning out for the best, and what seems good at the time can sometimes take you to a place you would rather have avoided.

For me this Thanksgiving, I’m thankful that my wife told me to come home.  It was the right thing to do, and my life is better for having done it.

In June, 2011, I agreed to become the program director of a radio station in St. Louis that employed some of the best talent and people in media.  It was a great professional challenge, but my wife was not enthusiastic about leaving a job she loves where she works with people who have become family to her.

I had some unfinished business in radio, having been fired as program director of 1070 the Fan and WIBC in Indianapolis.  A career interrupted through means other than your own call left a bad taste in my mouth, and the gig in St. Louis was a chance to rinse it clean.

Almost two years passed with my wife driving back and forth most weekends because she said she enjoyed the driving, and I was working like hell to make St. Louis home.  Retreating to Indy each week would have made St. Louis an outpost from would I could happily escape on Friday if I had made the drive to Indy.

The money was good, and the programming staff was a special group, so I felt good about the job.  Despite spending a little more than I should have on rent, we were able to get rid of all debt minus our mortgage and a car payment.  I realize that car + mortgage is usually the entire debt load for a family, but our credit card obligations had grown over the years to an unwieldy level, and we were glad to shed it.

We tried to sell the house in Indy, and got an offer that wasn’t insulting, but it wasn’t the number we needed to be able to put a down payment on a house in St. Louis, so we passed.  I felt bad for the realtor, who invested a lot of time in trying to sell our home, but taking an offer out of guilt is even too stupid for me.

I have seen more commuter marriages end in ruin than survive, so I was resolute about Julie moving to St. Louis.  The town is a weird place, and frankly not very welcoming.  The people who live there come from families who have called St. Louis home for generations, and most err on the side of being parochial.  Some are absolutely wonderful and generous, but the overall vibe of the city is that interlopers will be gone soon enough, so why bother getting to know them.

My social calendar was filled with fun events with the staff, so regardless of whether people in Soulard bars didn’t like my answer to “Where’d you go to high school?” there were plenty of opportunities to get my fill of external interaction.

For Julie, it was different.  She didn’t have the chance to get to know people 50 hours a week at work in the same way I did, so when she told me in mid-February that she had been praying that I would find a way to come home, it was like a switch flipped.

There was a choice to not listen to her, and stay at the station, but continuing to put her through what had clearly become unpleasant for her would lead at some point to her making the decision not to drive to St. Louis one weekend, then another weekend, and pretty soon that would be that.

The decision to leave St. Louis was made in a second, much like all really good decisions are.  I gave notice immediately, and three weeks later was back home doing very much the same stuff I was doing before I moved to St. Louis – writing constantly, hosting a weekend radio show on 1070 the Fan, and working hard to figure out who the Boilers, Bulldogs, Colts, Hoosiers, IndyCar drivers, and Pacers are.  How could a day filled with that suck?

What I’m really thankful for in addition to a great life with a wife and son who make me proud everyday, is getting to know some of the best people I’ve ever met in St. Louis.  I hope the hosts, producers, and board-operators at 101ESPN are friends of mine forever.  That’s well worth the two year interruption in my professional life, and the 60,000 miles my wife logged to keep us together three days a week.