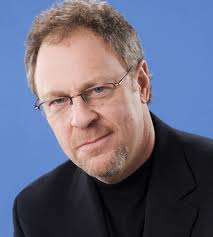 “Now batting for ‘Ahead of the Curve’ on 1070 the Fan, Bob Kravitz, Kravitz.”  You can almost hear the resonant voice of the late New York Yankees public address announcer Bob Sheppard announcing Kravitz as the pinch hitter for Fox 59’s Chris Hagan as my co-host, can’t you?  Well, I can.

Award winning Indianapolis Star sports columnist Bob Kravitz is stepping in today as my co-host in place of the nicest man in Indy sports media.  Chris Hagan is pursuing a weekend of enjoyment after working nonstop at Fox 59 following the departure of Jeremiah Johnson, so I called Bob to step in.

I’m glad that working together for two years in a previous life hadn’t so completely soured Bob on spending time with me that talking sports for two hours didn’t seem to him like a wholly unpleasant task.

Talking sports with Bob is a pleasure because he’s one of the guys paid to share a perspective who works hard at finding the truth of the people and events about which he writes.

There are others who glom onto a specific take and then indulge in the intellectual exercise of arguing it for 700 words.  The work of those guys dulls over time because there is nothing personal revealed in their work.

There are four keys to great talk radio that work very nicely to describe the qualities a great columnist must embody – authenticity, relevance, fun, and innovation.  The guys like Skip Bayless and Jay Marrioti fail in the authenticity category, and it’s the most critical of the four.

Whether you agree or disagree with Bob, you can absolutely take to the bank that each of his columns comes from a very specific belief that he has

developed.  That’s what makes him wear well in a city like Indianapolis.

People feel like they know Bob, and they do.  The voice your hear as you read his work in the Star is the same as when you sit across from him at lunch.

I’m looking forward to working with Bob because at the end of the two hours, I will be a little wiser for listening to his perspective about the Colts, Pacers, Hoosiers, Big Ten Championship, Jameis Winston, and the signing of Robinson Cano.

This is also a good day because we will talk to Stephen Bardo about the Indiana vs. North Florida game.  Bardo is one of the best analysts working college hoops, and he thoughts on Indiana Basketball and the development of the very young roster will be fascinating.

Bardo played basketball at Illinois while I was a student in Bloomington, and there was a serious rivalry between the Hoosiers and Illini.  Lou Henson, the coach at Illinois, famously referred to Bob Knight as “a classic bully,” (which was not inaccurate as it turned out), and people in Indiana loathed Henson as a result.

Even with all the disdain for the Illini, Bardo was a player impossible not to admire for his defensive excellence and consistent high effort.  Every time I watched Illinois, I wished that he played for Indiana.  That was untrue of anyone else on that team, but Bardo was an exception.

He is also one of the best guys in broadcasting, so talking hoops with him at 11:15 will be a treat.

Also joining us will be Doug Lesmerises from the Cleveland.com, who is in Indianapolis covering the Big Ten Championship.  College football is a religion in Ohio as opposed to Indiana where it’s that game played in the stadium across the street while Hoosiers and Boilermakers play corn hole and drink beer nearby.

Doug has five predictions at Cleveland.com that we’ll discuss.

It will be a fun as hell two hours.  Join us.