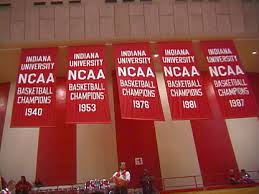 When a sixth banner is hung in Assembly Hall, fans should celebrate it being done the right way.

Just because the Indiana Hoosiers season ended in disappointment with the Big Ten Tourney loss to Illinois, the news doesn’t stop rolling out of Bloomington.

Senior Will Sheehey will play in the Reese’s D-1 All-Star Game at Cowboys Stadium.  If you are planning to attend the game in person, ignore the TV listing.  The game will be played Friday at 4:30p, and telecast on CBS on tape delay at Noon Saturday.  The Big Ten will also be represented by Drew Crawford of Northwestern.

The list of honored student-athletes features 34 men’s basketball players from the 12 member schools.  To be eligible for Academic All-Big Ten selection, student-athletes must be letterwinners who are in at least their second academic year at their institution and carry a cumulative grade-point average of 3.0 or higher.

“Marni Mooney deserves the bulk of the credit for keeping our guys on task daily,” said coach Tom Crean.  “When you measure our APR, record of graduating players and the academic awards and honors our players have received recently, we believe we are as strong in this area as anyone in the country.”

During Crean’s tenure, 21 players will have completed their degree requirements by this summer, and five have gone on to leave with master’s degrees.  Last summer, the NCAA recognized the IU men’s basketball program with an APR Public Recognition Award, which is given to high-performing teams that posted multiyear APRs in the top 10 percent of all squads in their particular sports. The Academic Progress Rate is a real-time measure of eligibility and retention of student-athletes competing on every Division I sports team.  IU had a perfect score of 1,000.

I debated for several days whether I should write about a rumor I heard from two sources about the possibility of the Indiana coaching staff asking a current player in good academic standing to relinquish his scholarship.  Dealing in rumors is not something I engage in.  Everyone believes they know something, and many times rumors proffered by sources close to a program have no basis in fact.

Hell, some of the facts from those who actually do know things are a significant distance from the truth.  So what was the difference this time?  Why would I mention the rumor?

I decided to write the post (click here to read it) because to force a kid out of a program prior to earned his degree without some kind of insubordination is wrong – really wrong – and I don’t want Indiana or any other program to go there.  Not a lot of good happened on the court this year, but that doesn’t mean the ugliness should extend to a win-at-all-costs act brought to bear on a student-athlete.  And I don’t use the term ‘student-athlete’ as a default description of athletes attending college.

Indiana University portrays itself as a place where athletics feed the educational experience of students who compete for the Hoosiers 24 NCAA teams.  That makes the disconnect between the NCAA’s rules on compensation and the value of the work being done by athletes a little less out of whack.  If the players get a valuable education and degree in exchange for their athletic work, at least they leave with something.

If a player is stripped of his scholarship because the coaching staff needs it to recruit another player to improve the on-court product, that is in opposition to the mission of collegiate athletics.  If a kid is recruited, signed, and does all he is asked in workouts, practice, and in the classroom, he should be allowed to continue to work toward his degree.

Click here to get your teeth fixed by my dentist – the best dentist – Dr. Mike O’Neil at Today’s Dentistry

I wrote about this in advance of any action being taken because I want people in power to think twice about joining those programs careering down the slippery slope of win-at-all-costs behavior.

The entire issue might be moot as Indiana lost Temple grad transfer Anthony Lee to Ohio State, and late period target Yante Maten is reportedly leaning toward signing with Michigan State.  The removal of those two potential Hoosiers may make an additional scholarship unnecessary.

Fans should want Indiana to win, but win the right way.  Mistakes are made by the best recruiters, but those mistakes should not be corrected at the expense of a kid who has done nothing wrong but not be as good as an incoming freshman might be.

I would rather write something on the front end to raise issues that might resonate with decision makers than wait until the deed is done to cry foul.  Journalistically, writing about a rumor was not a call that I wouldn’t applaud, but as a human being I’m fine with it.