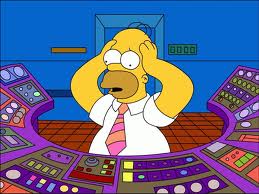 Roy Hibbert is the whipping boy for all the woes of the Indiana Pacers since January 20th.  His petulance and woe is me attitude has been a cancer for the Pacers, according to a lot of smart guys who follow the team.

Lance Stephenson, Paul George, David West, and George Hill’s shortcomings are dwarfed by Hibbert’s inability to deal with adversity by fighting through it.  His mopery in calling out selfish teammates has made him the most obvious target of critics as the Pacers continue a downward spiral that seemingly has no bottom.

The Pacers lost last night’s Game One against the Atlanta Hawks, and Hibbert had eight points and eight rebounds.  Six of the points came late – after the game was out of reach.  Worse, the small lineup of the Hawks exploited Hibbert’s inability to guard the perimeter.  That stretch fives are not a good matchup for Hibbert is a gross understatement.

If Hibbert isn’t scoring on the offensive end, the Pacers will have a difficult time competing with a team like the Hawks.

So why not bench Hibbert in favor of backup center Ian Mahinmi or power forward Luis Scola?  At least for this series, on the surface this thought doesn’t seem as ludicrous to many.  Of course it is silly, but never let illogic get in the way of ill-tempered overeaction to a an unpleasant playoff loss.

Hibbert might be petulant, slow-footed, and recently bereft of shooting accuracy, but he is an all-star center who is the best rim-protector in the game.  If Frank Vogel moves Mahinmi or Scola into the starting lineup, there is every chance Hibbert sees this as the demotion that it is, shuts down emotionally, and becomes the emotional basket case he is already accused of being.

The decision is to trust a player being paid $14,283,844 to anchor the middle, or ditch the all-star in favor of a short term boost in efficiency on both ends.  Unfortunately, with the postseason, if short-term fixes aren’t employed, there might not be a long term.

Coaching to protect the emotions of sensitive players is rarely a smart play, but Hibbert is such an important cog in the machine that gives the Miami Heat fits that if Vogel doesn’t stick with him, he may retreat permanently into his shell.

Not sure if anyone on the Pacers bench or in the locker room knows what buttons to push to get Hibbert to respond to adversity with some serious fight, but they need to start experimenting to see if he can be motivated.

The answer to the Pacers woes is not in removing Hibbert, but in pushing the button to force fight not flight.

Playing a matchup zone with Hibbert in the middle is a hell of a lot more sensible than putting a 7’2″ all-star on the bench.

Something is definitely wrong with the Indiana Pacers that tired legs does not fully explain, but the answer isn’t to turn Frank Vogel loose on the team like Homer Simpson trying to stop a meltdown at the Springfield Nuclear Power Plant.

If Hibbert’s presence on the court isn’t part of the answer in vanquishing the thoroughly average Hawks, the front office made a terrible decision in paying the big fella $15M per year through 2016.

The answer for the Pacers being champions is not removing Hibbert like a leaky appendix.  He’s a core organ for this team – like it or not.

Benching him would be a desperate act with a potentially dire result.