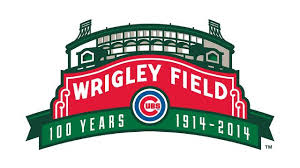 According to the win probability chart at baseball-reference.com, the Cubs had a 97% probability of winning when the top of the ninth inning started with the Cubs holding onto a 5-2 lead over the Arizona Diamondbacks, but math doesn’t recognize the opportunity for a perfectly horrendous moment.  Watching the game, there was no doubt that the Cubs would find a way to blow this lead as they have since they took residency at Wrigley in 1916.

Being a lifelong Cubs fan, recognizing the rancid stench of doom that accompanies such moments is child’s play, and it was thick in the air as Pedro Strop took the mound.  All that stood between the Cubs and victory was the fairly routine challenge of getting three outs before the D-backs plated three runs.

Strop had trouble finding the plate, walking Chris Owings before inducing a tailor-made double play grounder to Starlin Castro.  As he has done so many times since being brought up to Chicago as a 20-year old, Castro became confused while trying to do three things at once, and committed an error.

Still leading 5-2, Strop walked Eric Chavez to load the bases.  After a strikeout, Martin Prado brought the D-Backs to within one with a single.  Strop notched another strikeout because what fun would it be to allow the lead run to score with less than two outs?

Miguel Montero tied the game with a single off James Russell, and Aaron Hill tripled off Justin Grimm to finish to collapse/comeback (depending upon your perspective) and provide Cubs fans another reason to believe nothing good can happen when the Cubs have a big game on the line.  Let’s face it, the 100th birthday celebration is the only marquee event on the calendar for the Cubs in 2014.

Despite owner Tom Ricketts’ absurd protests to the contrary, this is a bad baseball team – perhaps the worst in the majors other than the Houston Astros who hope one day to be the Cubs.

The only positive for Cubs fans was the injury to right fielder Justin Ruggiano, who should have made the play on Hill’s triple to keep the score tied at five heading to the bottom of the ninth.  It wasn’t good in that fans would ever cheer for a player to get hurt, but because the Cubs have a dozen guys in the organization who are his equal as a replacement.

When there is a dearth of talent on the roster, replacing injured players is much less problematic.

And for Cubs fans, replacing the thrill of paying exceptionally high prices for tickets to watch this mess should be quite simple.  The very best reason to go to Wrigley Field in 2014 and 2015 is to teach children growing up on the north side of Chicago and northern suburbs to deal with heartbreak early in life.

Being a Cubs fan has brought emotional caution into the lives of north siders for generations stretching back 105 years.  Peeking around the corners of life to help anticipate disaster is the one thing at which Cubs fans are very adroit.  Business that want a risk management expert should scan resume’s for Cubs fans.

Any situation where bad can happen is best diagnosed by someone who has spent a lifetime anticipating walks, errors, dropped third strikes, balks, black cats, catchers interference, billy goats, and Bartman.

Wrigley Field is the only place on Earth where a 97% probability of success translates into a 100% chance of failure.  It’s beautiful, magical, strange, and the host of more torment than any stadium since the gladiators lost again and again to the lions.

Happy birthday, Wrigley Field.  While the Cubs threw you a great party, you thanked them as you always do – with another reason to promise never to return.