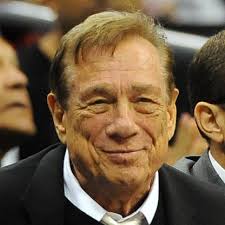 Donald Sterling is likely spending this morning negotiating the final deal of his tenure as an NBA owner.

People are outraged – players, coaches, fans, and virtually anyone associated with the NBA wants Los Angeles Clippers owner Donald Sterling (no relation; his given game is Donald Tokowsky) ousted from their membership.

Making the idiotic statements about African Americans represented on the recording obtained and disseminated by TMZ have made Sterling a pariah in a league that employs a large proportion of African Americans.

Money has bought Sterling out of all kinds of stupid, but this bizarre rant has undone the tenuous network of supporters that allowed him to continue to enjoy a place at the table among NBA owners.

Commissioner Adam Silver has spent the last three days trying to determine the most severe penalty he can levy without risking an expensive series of arbitration hearings or lawsuits by Sterling.

This time around, the stars that the NBA works so hard to promote are setting the agenda with their more than justified outrage over ignorance voiced by one of their employers.

Silver’s challenge today at 2p as he announces a series of penalties is to make the players feel a sense of justice, while protecting the league from Sterling’s potential irrational vengeance.

Opinions are pretty firm among current and former players that the bare minimum acceptable would be an indefinite suspension, a seven-figure fine, and an understanding that he must cede direct ownership of the team he has owned since 1981.

Silver can bring the first two consequences to bear, but he doesn’t have the muscle to force an owner to sell his franchise.  He does have the ultimate hammer of dissolving a franchise with a 3/4 vote from the owners, so the threat of using that nuclear penalty might be enough to motivate voluntary action from Sterling.  Fortunately, it may be in Sterling’s very best economic interest to sell, as sponsors are sprinting from their deals with the Clippers and its value will continue to drop if free agents refuse to play for the Clippers.

It stands to reason that season ticket renewals will plummet, and if players like Chris Paul and Blake Griffin and coach Doc Rivers decide to boycott their positions until Sterling is out, the landscape found become very, very ugly.  That’s not good for Sterling, Silver, the Clippers, or the NBA as a league.

Another challenge is that Silver, while a brilliant lawyer, is one of the most awkward public speakers in the history of organized sports.  It’s possible that as he reads from his note cards this afternoon, Silver won’t look very adamant in his condemnation of Sterling regardless of the size of the penalties.

Silver is a smart guy, so it’s almost a certainty that the penalties have been vetted through Rivers, National Basketball Players Association Search Committee chair Kevin Johnson, media guys like Charles Barkley, and African American leaders like Jesse Jackson.

How quickly this ugliness becomes old news will be almost entirely determined by Sterling’s desire to put this episode of idiocy behind him.  If Sterling wants to use legal remedies to forestall penalties, God knows what the players might do to force the NBA into an immediate resolution.

A big man would accept his penalty, place ownership in a trust pending a sale, and spend the rest of his miserable life in Cabo.  Sadly, Sterling has proven himself again and again to be anything but a big man.