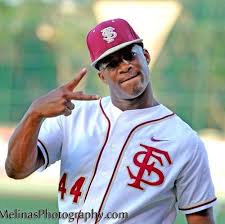 The time has come for Jameis Winston to grow up a little bit.

The time has come for Florida State University to say goodbye to quarterback and pitcher Jameis Winston, who has shown a complete disregard for rules during the past 18 months.  It’s not for one individual incident, but for the totality of his missteps while in Tallahassee.

Shoplifting $32.72 worth of crab legs, as Winston was accused of last night, is not that big a deal.  In “Animal House,” Boon stuffed several pot roasts down Delta pledge Pinto’s pants, and everyone laughed.

In November, 2012, Winston and teammates were questioned by police because they allegedly participated in a BB gun fight.  That’s typical college hijinx, and I’m okay with that silliness too as long as no one lost an eye.  I watched a guy at Indiana drunkenly shoot hundreds of holes in a cafeteria window (he thought the BBs were bouncing off), and we still laugh about it.

Nine months ago, Winston was alleged to have stolen soda from a Burger King.  Not exactly the work of the John Dillinger of Tallahassee.  I mistakenly filled a smoothie cup with root beer at a Chipotle a couple of weeks ago.  After realizing what I did, I offered to pay and the manager laughed.

Then there is the no-laughing-matter accusation of rape resulting from an alleged attack on December 7, 2012.  The investigation by all accounts was botched by FSU and Tallahassee authorities.  Winston was never charged, but the university is now under investigation by the federal government’s Department of Education’s Office for Civil Rights for a Title IX violation in the handling of the complaint.

Winston may be a wonderful kid or a total sociopath, I have no idea.  I’ve never looked him in the eye, but what I do know is that the straws of his misbehavior are starting to weigh heavily on the camel’s back.  There is a pattern of being unable to function by society’s rules that should bring action against a student – any student – of a reasonable university.

Suspended today by the baseball team, Winston is now getting a small taste of consequence that he might have been better off experiencing at the first sign of trouble.  But baseball is nothing more than a hobby for the football player many project as the #1 pick in the 2015 NFL Draft, and sitting out some games is likely a very minor disincentive.

At one point or another innocent hijinx will go awry, and the 2013 Heisman Trophy winner will find himself in a spot that his talent can’t barter his way out of.  Universities are supposed to be active in enabling the maturity of its students, and a light suspension from the baseball team is not going to do it for Winston.

The best thing that could happen for Winston is for Florida State to either turn him loose, or suspend him for a significant portion of the football season.  He would see first hand that consequences apply to everyone, just as Cam Newton and Janoris Jenkins did a few years ago at the University of Florida.  Behaviors would likely be tightened, and the lesson would at least be offered if not learned.

If Winston plays in the first four games of the football season, he is almost certain to assume the rules don’t apply to him again, and then it may be too late.

Education comes in a lot of forms, and extreme disciplinary measures would provide Winston with a real world glimpse of how life will work when he isn’t responsible for thrilling millions with his athletic gifts.

No one stands and cheers during the second half of our lives, and universities should prepare young men for success after 40 too.